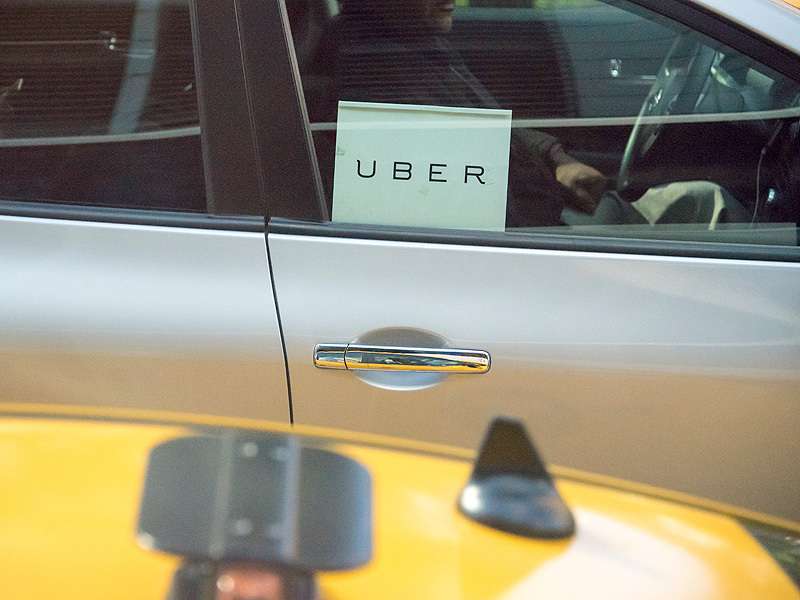 Chad Farley, an Uber driver in Florida, helped rescue a man who requested to be dropped off in the middle of a bridge.

When you’re a cab driver or, in this case, an Uber driver, you never know who’s going to get in your car. It could be someone famous, a great conversationalist, maybe a drunk. Or it could be someone in crisis, which is what happened when Chad Farley was driving last week in St. Petersburg, Fla. He was ready to turn in for the night but took one last customer. A young man got into the car. And Farley started to realize that this passenger, who said he had recently been diagnosed with brain cancer, might be trying to take his own life.

CHAD FARLEY: I looked ahead on the GPS. And I saw that his destination was dead smack at the very top of the Skyway Bridge.

MARTIN: So what do you do? Do you just decide to just keep engaging him?

FARLEY: My first thought was to get somebody else involved. And this person that I was going to see was a toll worker. In my head, I’m thinking that they have some kind of mechanism to deal with an issue like this because it’s the toll before the Skyway, which is common for people to go to there and jump. So she asked me to pull over to the side of the road and that she would get a supervisor to come and speak with me.

MARTIN: Farley followed those instructions and drove the passenger to a rest area at water level.

And then you asked him to take a photo with you before he got out of the car.

MARTIN: Ultimately, that would be a photo that you sent off to law enforcement so that they could track this man down. But…

MARTIN: It’s amazing that you had the wherewithal to ask for that.

FARLEY: Yeah, that’s why I tell people that it’s not – I’m not giving myself the credit, you know. The Lord just impressed on me to do that. And before he got out of my car, I just said, you know, hey, I really want to remember you and – for when I pray for you, that I have something to look at. And then I asked him if I could take a picture of him. And he said sure. So I took a selfie of us both. And I dropped him off at a section of the rest area where there was people just congregating and hanging out with their families.

MARTIN: You felt like it was safer to leave him there?

FARLEY: Yeah, and so I left him there. And I knew as soon as I took off, I was calling the police.

MARTIN: The police arrived on the scene. They talked to the man and tried to urge him away from the water. The man then fled into the water. That’s according to a police report. Then he submerged himself. Police pulled him out. They resuscitated him and took him to the hospital. We contacted Uber to ask if it offers any guidance to its drivers. And the company says it advises them to call 911 if they’re faced with an urgent or emergency situation.

What a thing to go through. What an intense experience to have with another person. How do – when you think about this, how do you make sense of it?

FARLEY: To be honest, I was ready to go home. And I said, I’ll give it 10 minutes over here in this parking lot. And if I don’t get a request, I’m just going to go home. And then he’s the one who requested me. So I just see it as a divine appointment. And I don’t take any credit for it. If folks want to say somebody’s a hero, they can talk to the officers that jumped in the water.

MARTIN: Chad, thank you for sharing this story. We appreciate it. And hopefully it helps others, too.

FARLEY: I think it does. Other Uber drivers sent messages to me stating that they’re going to listen more to their passengers and stuff, which is cool. I mean, that’s a positive thing.

MARTIN: Thank you so much, and take good care.

MARTIN: Uber driver Chad Farley. He lives in Gulfport, Fla. For anyone contemplating suicide or if you know someone who is, you can find help at suicidepreventionlifeline.org.

Copyright © 2017 NPR. All rights reserved. Visit our website terms of use and permissions pages at www.npr.org for further information.