An intimate look at Jean-Michel Basquiat’s art, courtesy of his family 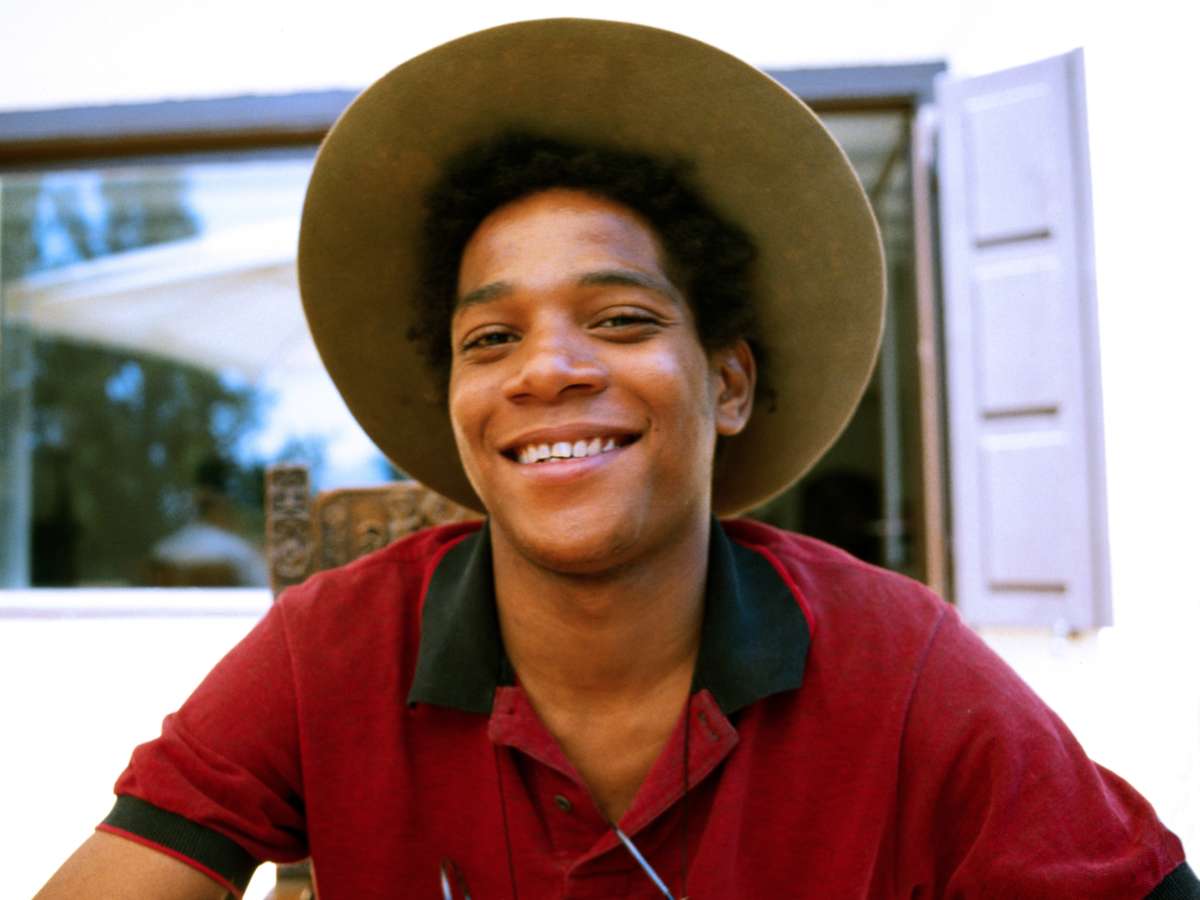 A recently opened exhibition in New York City celebrates the blazing, beloved artwork of artist Jean-Michel Basquiat. It includes 200 rarely and never-before-seen paintings, drawings and artifacts. They’ve been put on display by his sisters – giving an intimate, familial look at the artist’s life and career.

There are rooms built into the “Jean-Michel Basquiat: King Pleasure” exhibition that recreate specific places from his life. Like A VIP room from the Palladium nightclub, studded with photos of the young artist enjoying the high life with his celebrity pals, plus two massive panels Basquiat painted for the club.

On the Lower East Side of the early 1980s, visual artists and musicians of all stripes happily commingled. Basquiat had his own experimental band, Gray, that he founded with filmmaker Michael Holman; another Gray member was actor and director Vincent Gallo. One of Basquiat’s friends and early buyers was singer Debbie Harry of Blondie. She in turn cast him as a DJ in the video for Blondie’s song “Rapture”; he appears just as she begins rapping about their mutual close friend, artist Fab 5 Freddy.

Another space in “King Pleasure” is a recreation of Basquiat’s studio on Great Jones Street, in a space he rented from his friend and collaborator Andy Warhol. The room is scattered with his paintings and art books open all over the floor. A TV shows clips from some of his favorite movies, while the music of one of his heroes, Miles Davis, plays overhead. In one corner, one of Basquiat’s trench coats is hung up — a potent reminder of the missing artist, who died in 1988 of a heroin overdose at age 27.

These recreations are just one of the ways in which this isn’t a typical fine arts exhibition. “King Pleasure” was curated by Basquiat’s two younger sisters, Lisane Basquiat and Jeanine Heriveaux, who oversee their late brother’s estate, with the exhibition space designed by noted architect David Adjaye.

Lisane says that the immersive show offers their perspective on Jean-Michel Basquiat. “What we’re able to do is provide context,” she says, “and to have people who appreciate Jean-Michel’s work get a fuller understanding of who this man was on a personal level — where he came from, the family that he was brought up through, and the context within which he started his journey.”

Alongside the paintings and drawings, the show includes many mementos of their family life. But the main draw is still his art: the quick, sure hand that he displayed even as a teenager. The exuberant colors. The trenchant commentaries on race and hierarchy. The smart, sometimes cynical phrases he rendered in text on his canvases. Centuries of artistic and historical references crammed in next to skulls, anatomical drawings and cartoonish cars, ideas pinging off each other just as in the bebop music he loved. His anointing of great Black cultural figures as kings. He sometimes literally crowned them in his work, says his sister Jeanine.

“For him, it was very important that Blacks were portrayed in a positive light,” Jeanine says. “And so I think that was the main reason that not only did he crown himself, he crowned those heroes.” Heroes like Jessie Owens, Joe Louis, and one of his particular idols, saxophonist Charlie Parker.

Writer and Basquiat specialist Chaedria LaBouvier says that “King Pleasure” is a chance for the public to see many works that they wouldn’t otherwise get to see. “I thought it was a wonderful display of just quantity,” she notes. “When you’re talking about Basquiat, 90 percent of his works are in private collection, and most of those are in Europe.”

In 2019, LaBouvier curated a Basquiat show for the Guggenheim Museum in New York, as the first Black woman to helm an exhibition there. (LaBouvier later accused museum leadership of racism, after which the Guggenheim’s artistic director and chief curator, Nancy Spector, left “to pursue other curatorial endeavors and to finish her doctoral dissertation” after more than three decades at the institution.)

LaBouvier says she wishes that there were more opportunities for scholars to engage with Basquiat’s work and his legacy, even as he has become a reference point in pop culture. She notes that the artist’s works were often snapped up, just after they were completed, by private collectors in the heated 1980s art market. “How else are you going to see or have access to those works?” she asks. “But there’s also this imbalance — when there’s not a lot of academic research or scholastic research, our understanding of the artist is compromised.”

What “King Pleasure” doesn’t do is evoke the most troubling elements of Basquiat’s biography, including his heavy drug use, his mercurial personality, and the accusations he made to friends and interviewers that he had been physically abused by his parents, father Gerard and mother Matilde, as recounted in Phoebe Hoban’s 1998 biography, Basquiat: A Quick Killing in Art.

Moreover, as a very young, Black man of Haitian and Puerto Rican descent, Basquiat became a superstar in a mostly white high art world that frequently othered and belittled him, even as the market value of his work skyrocketed. His sisters say that the exhibition is a celebration of how much he did accomplish in such a short time.

“That’s the story that Jeanine and I wanted to tell is the story of this really complex human being,” says Lisane.

“He was very purposeful, and he was very determined,” Jeanine adds. “He said, ‘I will one day be famous.’ And boy, did he make that happen. He was determined.”

Tickets for “Jean-Michel Basquiat: King Pleasure” in New York are currently on sale through the beginning of September.