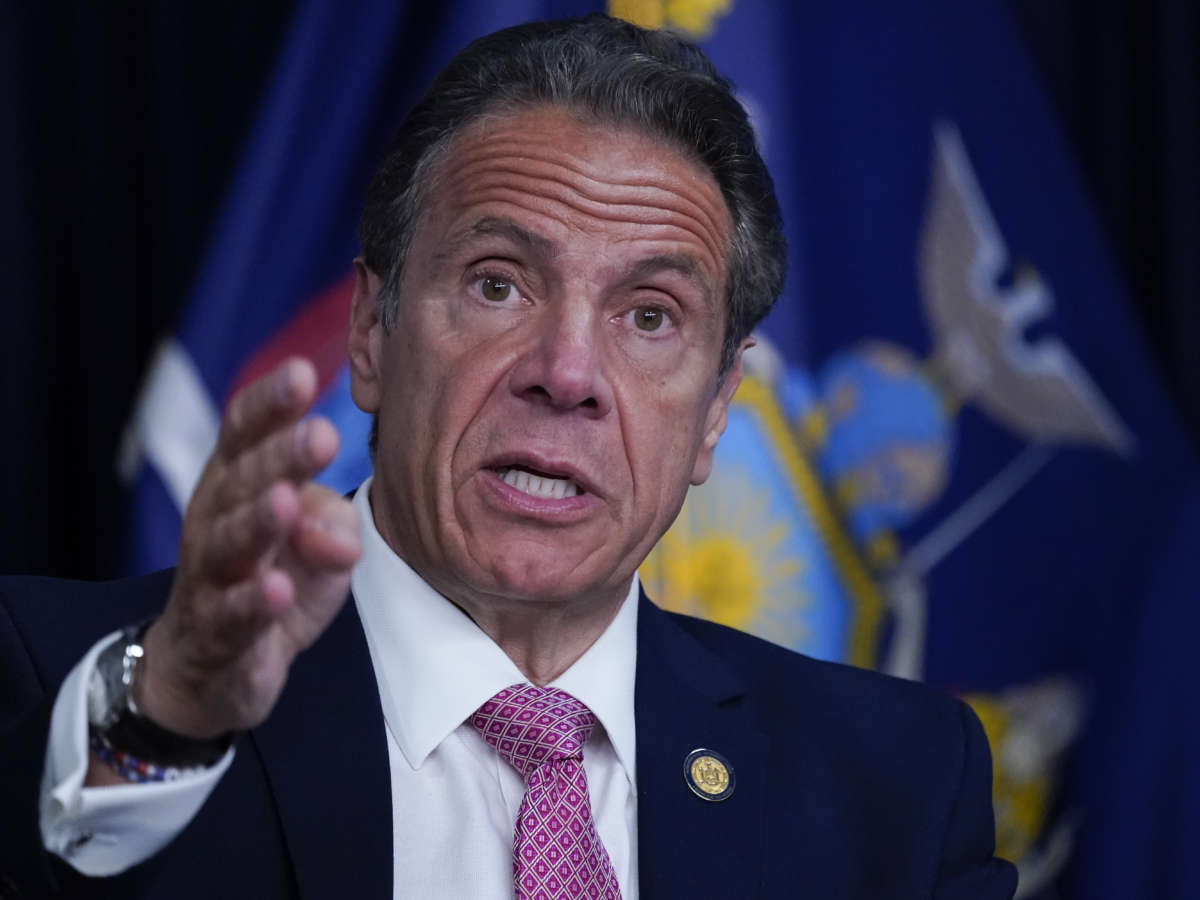 An employee in New York Gov. Andrew Cuomo’s office has come forward publicly to allege that the governor sexually harassed her multiple times.

Brittany Commisso, who is 33, told her story to the Albany Times Union and CBS News on Friday. One incident took place last November, when she said she was called to Cuomo’s office in the Executive Mansion to help with a technical problem with his mobile phone. Once she arrived, he began groping her, first with the door open and again, after closing the door, when he reached under her shirt to touch her breast, she claimed.

The assault left her “confused” and “taken aback,” she said, and once back in her car, she struggled with what had just happened.

“I didn’t have another choice. I remember [thinking], ‘You have to pull yourself together … even if you have to sit here for a couple minutes to do that,'” she told the Times Union. “If I told someone, I’m done. And who do you tell?”

The November 2020 incident was only the latest in a string of unwanted encounters; for about two years, the governor had made a habit of engaging in inappropriate hugging followed by kisses on the check, the latter of which he would attribute to his Italian heritage, she claimed. On New Year’s Eve in 2019, she was taking a selfie with the governor — at his suggestion, she said — when he wordlessly reached over and began to grope her backside, she alleged. On another occasion, she said he kissed her on the lips.

Commisso’s allegations were originally published by the Times Union in April under the condition that she remain anonymous.

The governor has denied the claims against him

Numerous women have come forward in recent months. One former staffer, Lindsay Boylan, claimed that Cuomo kissed her without consent and, on another occasion, asked if she wanted to play strip poker. Another aide, Charlotte Bennett, alleged that Cuomo asked her inappropriate sexual questions.

Cuomo told The New York Times in February that he “never made advances toward Ms. Bennett, nor did [he] ever intend to act in any way that was inappropriate.”

A lengthy investigation launched by the New York state attorney general’s office in March concluded earlier this month that the governor’s 11 accusers were “credible” while many of the governor’s responses were not.

The governor’s press office did not immediately respond to a request for comment from NPR. Cuomo has maintained his innocence amid the repeated allegations but did issue an apology in March for anything he said that could have been interpreted as “unwanted flirtation.”

“The Governor has repeatedly made clear — including in his sworn testimony — that he never made any inappropriate sexual advances to anyone nor inappropriately touched anyone in a sexual manner,” a statement issued by his attorney Rita M. Glavin reads.

Amid the controversy, Cuomo, 63, has rejected calls to resign. The New York Assembly’s Judiciary Committee met early Monday to discuss the possibility of impeachment, but assemblywoman Catalina Cruz told Morning Edition that they need more than just the AG’s report to proceed, starting with the transcripts and “74,000 pieces of evidence.”

“We actually have to conduct a trial because we then have to go in front of the Senate of the state of New York and defend these allegations,” she said. “And so, a report, it’s not going to be enough to do that. We need the actual evidence to be able to go through the whole proceeding.”

Commisso, who still works at the state Capitol, has filed a criminal complaint against the governor which could possibly lead to misdemeanor charges, according to CBS News.

Regarding that decision, Commisso told CBS News, “It was the right thing to do. The governor needs to be held accountable.”