An Ethiopian American Refugee Longs For Her Homeland 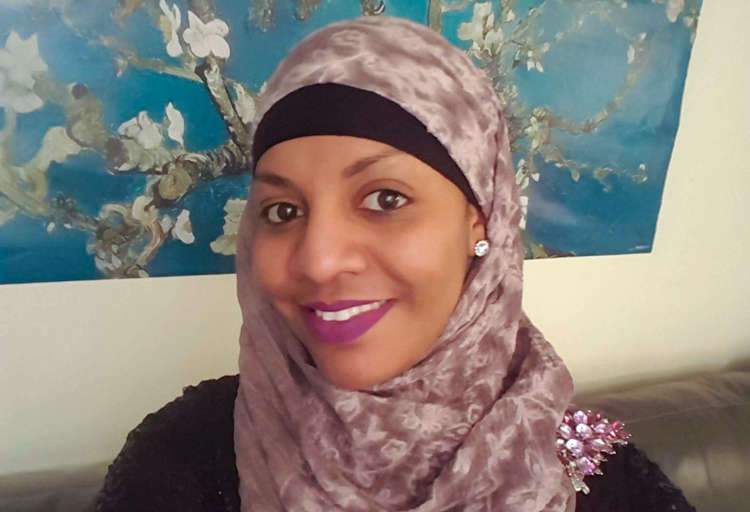 Najat Hamza had been living in the U.S. for almost two decades after fleeing Ethiopia's regional state of Oromia when she was young, she told StoryCorps in 2017. "My heart will always belong to Oromia," she said.

When Najat Hamza, 39, was in her early teens, she fled Oromia, a regional state in Ethiopia, with her father and two older siblings during a violent conflict in the region. They eventually settled in the United States.

After nearly 20 years of living in Minnesota, Hamza came to StoryCorps in 2017 with her cousin, Muntaha Shato, to reflect on the unshakable longing for the home Hamza left behind.

Hamza vividly remembered the night, in 1998, that she suddenly had to say goodbye to the rest of her close-knit family.

“The day started like any other day for me, but school ended and we were told to get ready to leave forever,” she said. “We didn’t know when — or if — we were going to come back. I had to leave my little brothers and my mom behind.”

It would be over 10 years before she reunited with her mother in the U.S.

“One thing that I have never, ever forgotten was that I was shivering as I waved goodbye to my mother for the last time,” Hamza said. “In her last attempt of being a motherly figure, she walks back inside our house and grabs this blue sweater and brings it out. And she puts it on me, you know, with her hands. That was her way of sending me off to the world with care.”

Hamza has held on to that blue sweater, she said, which sits in her closet.

“It was something that I looked at and reached for whenever I thought about her,” she said, thinking of her mom. “That is what distances do: break apart bonds that can never be brought back.”

In 2000, she and her dad resettled in Minnesota.

“I’m pretty sure all my high school friends that I went to school with here in Minnesota wouldn’t know what I thought about when I would sit in a corner, away from them, while we’re learning about math or what have you. They have no idea what a refugee child from such a background carries,” she said.

“And, of course, you can look at me and go, ‘What are you talking about, Najat? You went to college here, you went to high school … .’ On the surface, yes. But home is the familiar, home is a space that belongs to you, home is going outside and just staring into the night sky and not have worries in the world.”

“Even though I’m a full-fledged U.S. citizen, my heart will always belong to Oromia — or, as the world knows it, Ethiopia.”

Audio produced for Morning Edition by Lauren Smith. NPR’s Emma Bowman adapted it for the Web.