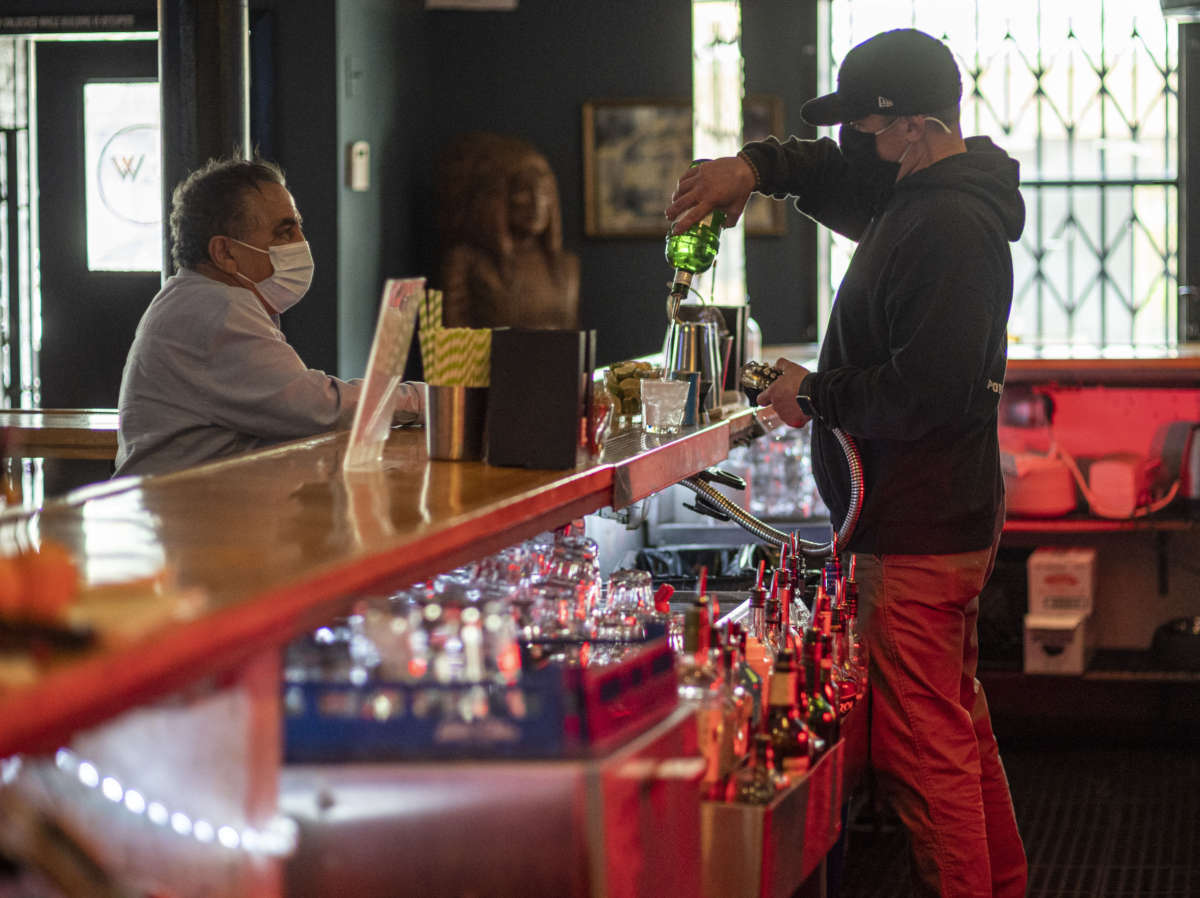 A bartender mixes a drink inside a bar last week in San Francisco. The latest retail sales data out on Friday showed an increase in sales at restaurants and bars as more people venture out amid the continued reopening of the U.S. economy.
Image credit: David Paul Morris

Retail sales stalled in April as Americans ventured out more to bars and restaurants but spent less on things such as clothes or sporting goods.

Data from the Commerce Department on Friday showed retail sales were flat in April from a month earlier.

That’s less than the 1% economists had forecast, but the number is still strong given the high level of spending seen in March, which was revised up to show a 10.7% surge in spending compared with the 9.8% increase initially announced.

Numbers in March were boosted by the latest round of relief checks passed by Congress earlier this year.

“The fact that April matched that [March] result – in a month when most Americans did not receive $1,400 from the federal government – still suggests progress. It’s an indication that consumers and the economy are beginning to be more self-sufficient,” said Ted Rossman, a senior trading analyst at CreditCards.com.

The April data showed Americans were cutting spending at stores that sell a range of goods, including clothes, but sales at restaurants and bars rose 3% from the previous month.

Americans are getting vaccinated, businesses are reopening, and there is pent-up demand after months of caution and isolation.

On Thursday, the Centers for Disease Control and Prevention eased its guidance on masking for the fully vaccinated, saying those who have received all their shots can now safely do most indoor and outdoor activities without social distancing or wearing masks.

Economists predict a shift in the coming weeks and months, from spending on goods to services, such as travel, which is not fully captured by the retail sales data.