American Man With Coronavirus Dies At Hospital Near Center Of Epidemic 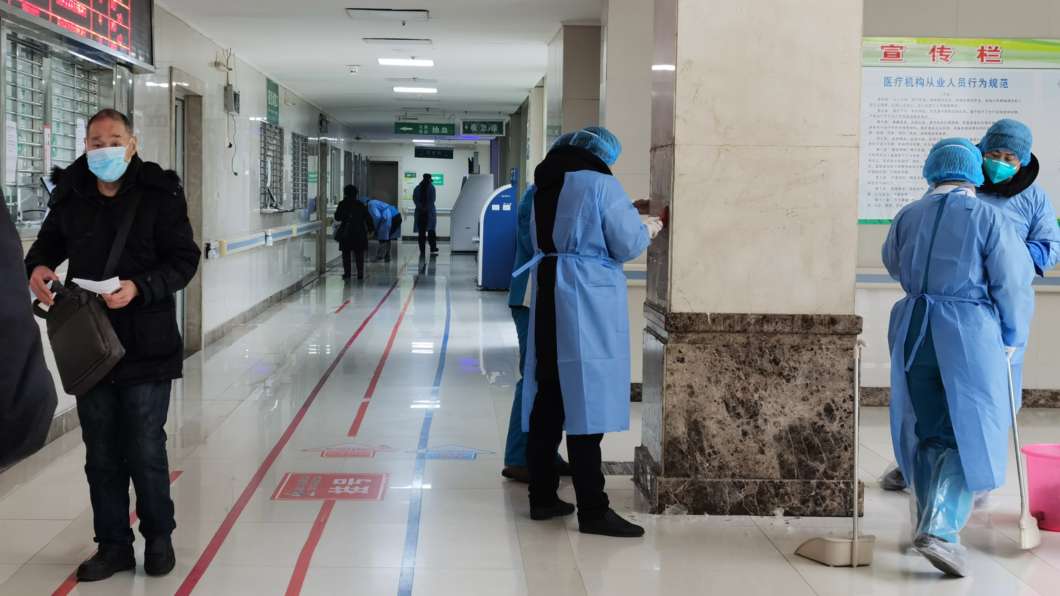 Medical staffs sterilize the main building of Jinyintan Hospital on Jan. 22 in Wuhan, China. An 60-year-old from who died at the hospital on Thursday is the first American known to have died after being infected by the coronavirus.

The U.S. embassy in China confirmed on Saturday that a 60-year-old American man infected with cornoavirus died at a hospital in Wuhan on Thursday. It’s the first known American death from the outbreak, which has been declared an emergency by the World Health Organization.

“We offer our sincerest condolences to the family on their loss,” an embassy spokesperson told NPR’s Emily Feng. “Out of the respect for the family’s privacy, we have no further comment.”

At the latest count the 2019-nCoV virus, which can cause a form of pneumonia, has infected nearly 35,000 people worldwide and killed more than 700, Feng reports.

About 800 Americans and their family members have been evacuated from Wuhan, where the coronavirus outbreak originated, and where the vast majority of known cases have been, They are being kept in quarantine on U.S. military bases, under the care of doctors from the Centers for Disease Control and Prevention.

It’s not known why this patient was not among the evacuees.

The CDC reports that as of Friday, 12 cases of coronavirus have been confirmed in the U.S. across six states: Arizona, California, Illinois, Massachusetts, Washington and Wisconsin.