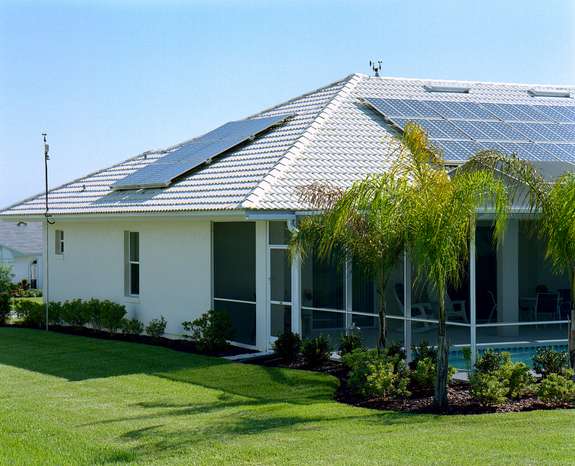 Every election season, a funny thing happens – people come out of the woodwork to get constitutional amendments on the ballot to address issues the Legislature hasn’t touched – last year, voters overwhelmingly approved, for instance, a measure to dedicate a certain amount of funding to land and water conservation measures. The argument is that, since the state Legislature isn’t getting the work done, advocates need to take critical causes straight to the people and enshrine them in the state Constitution. It’s a tactic that doesn’t sit well with everyone, since the Constitution isn’t the place for common law making.

This year’s amendment battle is over solar power. Advocates want to give businesses the power to generate up to generate and sell up to 2 megawatts of solar power to adjacent neighboring properties, thereby increasing the financial incentive to install solar power. But the state’s largest utility companies have teamed up with state Attorney General Pam Bondi to kill the measure before it gets anywhere near a ballot.

They’ve taken the argument to court, asking that a judge keep the measure off the ballot because it’s confusing and could create regulatory problems – which is what they said when they sued to keep medical marijuana off the ballot, too.

Should solar power be enshrined in the Constitution? Probably not, but advocates say they have no other choice than to push for it this way.

“If the political process in Tallahassee was functioning, we could do this through the Legislature,” Stephen Smith, executive director of the Southern Alliance for Clean Energy, told the News Service of Florida about the effort last week. “But because of the dysfunction and because of the heavy influence that the utilities have across the street here in the Legislature, the only way to win this is to take it directly to the people.”