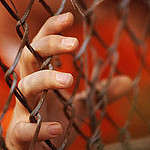 Esther McCan lives in North Miami. She says she supported the measure because she believes in second chances. Photo: Flickr Creative Commons

Florida voters approved a change in the constitution to automatically restore voting rights for people with felony convictions.

Amendment 4 passed with more than the required 60 percent votes.

Esther McCan lives in North Miami. She says she supported the measure because she believes in second chances.

“I do believe that once someone is incarcerated and they’ve served their time that they’ve earned their right to come back into society and serve as a citizen and the right to vote was very important to me.”

Florida had one of the most restrictive processes for people to regain their right to vote if they had a felony conviction.

Christian Puentes went to Miami’s Little Haiti neighborhood on election night where a crowd that gathered for an Andrew Gillum watch party erupted in cheers when it was announced Amendment 4 passed.

Puentes spoke to WLRN before the election about losing his right to vote years ago and how that impacted him.

“It’s feel fee really good to go vote and It’s just not having those rights just kind of reinforces that you’re kind of like a second class citizen, like you’re there, but you’re not there fully.”

Amendment 4 passing means more than a million Florida voters will be able to vote next election.