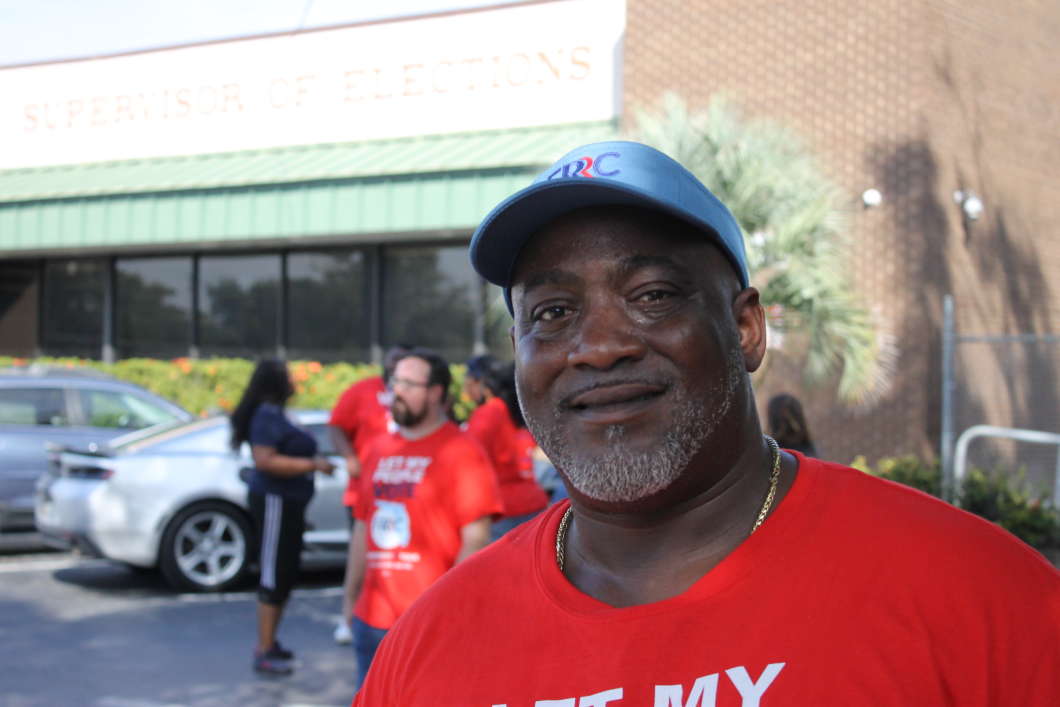 The first stop was the Orange County Supervisor of Elections Office, where a group of returning citizens were casting their ballots in the Orlando elections.

Derrick McGregor went to prison on a felony charge at the age of 18, in 2010. This is the first time he’s been able to vote.

“It feels good, man, it feels good to be able to know that my voice is going to be heard,” said McGregor.

“And I’m not only doing it for myself but I’m doing it for those that have not got their rights back, and are even still incarcerated, their voices are silent right now.”

Desmond Meade, the executive director of the Florida Rights Restoration Coalition, will be on the bus, but he will have to wait until next year to vote. He just moved out of the city of Orlando.

“You know, for the weeks leading up to the election, every time I thought about it I got a little teary eyed. But I’m still happy because there are so many other folks that do live in the city that can vote and that are going to be able to participate.”

There are more than a million former felons in Florida. Meade says the goal of the bus tour is to reach as many of them as possible and help them register to vote, and to raise money for a fund to help pay fines and fees for the formerly convicted.

Stops on the tour this week include Daytona, Miami and Palm Beach. The bus will then make its way up to Tallahassee before returning to Orlando the weekend of the Florida Classic football game.