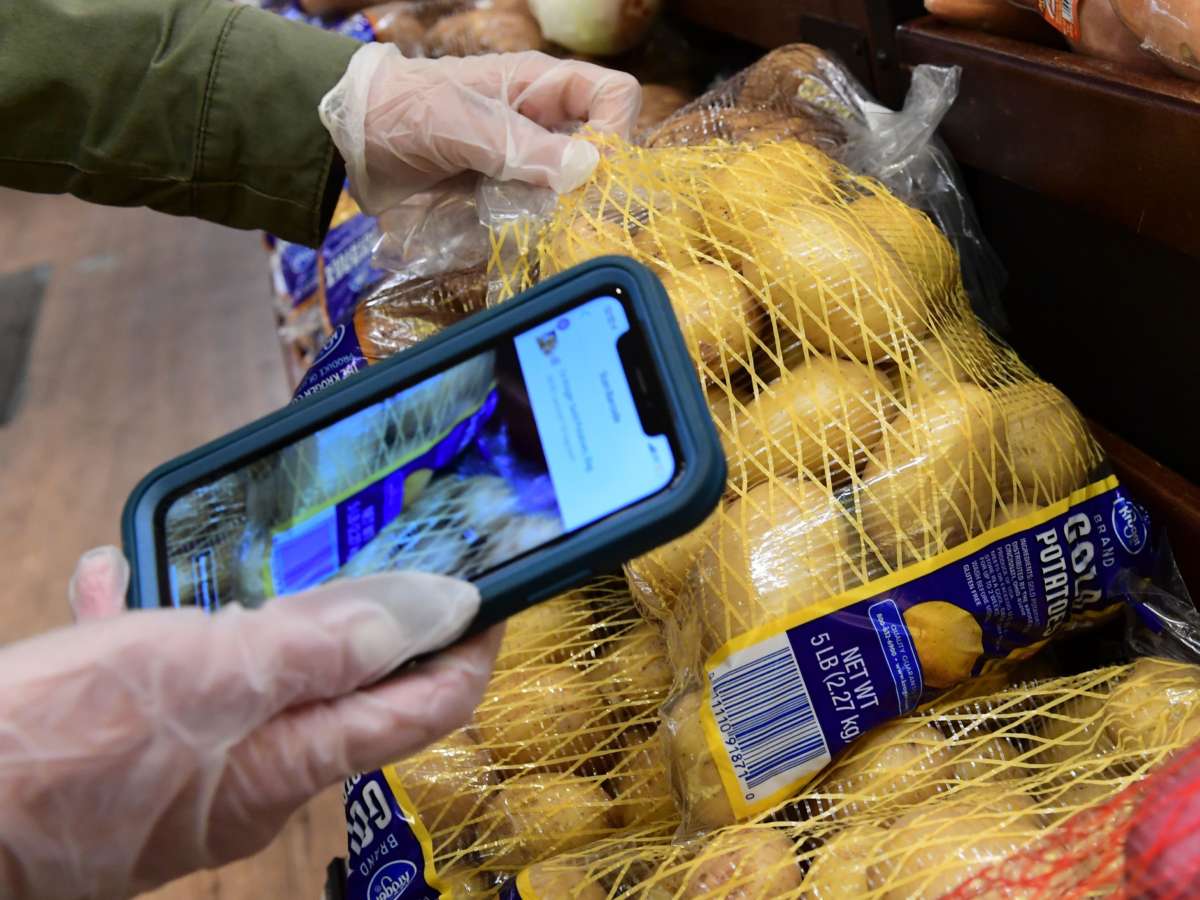 Instacart said it would distribute supplies, including hand sanitizer, to more workers and that it would change some tipping settings. But it didn't address paid sick leave for its contractors.
Image credit: Frederic J. Brown

Some Amazon warehouse workers in Staten Island, N.Y., and Instacart’s grocery delivery workers nationwide walked off their jobs on Monday. They are demanding stepped-up protection and pay as they continue to work while much of the country is asked to isolate as a safeguard against the coronavirus.

The protests come as both Amazon and Instacart have said they plan to hire tens of thousands of new workers. Online shopping and grocery home delivery are skyrocketing as much of the nation hunkers down and people stay at home, following orders and recommendations from the federal and local governments.

This has put a spotlight on workers who shop, pack and deliver these high-demand supplies. Companies refer to the workers as “heroes,” but workers say their employers aren’t doing enough to keep them safe.

The workers are asking for a variety of changes:

Workers at Amazon’s Staten Island facility have said that multiple people at the warehouse have been diagnosed with COVID-19. Some of them plan to walk off the job on Monday to pressure the company to close the warehouse for an extended deep cleaning.

At Amazon, which employs some 800,000 people, workers have diagnosed positively for COVID-19 in at least 11 warehouses, forcing a prolonged closure of at least one warehouse in Kentucky. The company says it has “taken extreme measures to keep people safe,” including allowing unlimited unpaid leave time for employees who feel uncomfortable working.

Amazon says its decision on whether to close a warehouse for cleaning or for how long depends on where the sick workers were in the building, for how long, how long ago and other assessments. The company has also temporarily raised its pay by $2 an hour through April.

“I touch over 2,000 different items every day I work there. I have to grab products out of the shelf and put them in the bins. … And I’m not wearing any protection,” said Terrell Worm, one of the thousands of workers at the Staten Island warehouse. “Amazon says we’re all a family there. If they really saw us as family, they’d care about keeping us safe and keeping us home.”

He says he left work last week an hour after learning of the first confirmed COVID-19 case in the facility, taking advantage of new unpaid leave. But he plans to return next week because he can’t afford to remain unpaid.

Instacart’s army of grocery delivery workers are not employees, but independent contractors. They say the company has not provided them with proper protective items like disinfectants, hazard pay of an extra $5 per order and a higher default tip in the settings of the app.

Instacart on Sunday said it would distribute supplies, including hand sanitizer, to more workers and that it would change some tipping settings, but did not address paid sick leave for its contractors.

“Actions speak louder than words,” Instacart worker Sarah Polito told NPR. “You can tell us that we’re these household heroes and that you appreciate us. But you’re not actually, they’re not showing it. They’re not taking these steps to give us the precautions. They’re not giving us hazard pay.”

It was unclear how many Instacart gig workers participated in Monday’s action and refused to work. A spokeswoman for the company said it has seen “absolutely no impact to Instacart’s operations.” She said in the last week, 250,000 new people signed up to work through the app and a fifth of them have already started picking up gigs.

At Amazon, the organizers said some 50 people joined the protest outside of the warehouse. An Amazon representative said only 15 people participated.

In a statement on Monday, the company said its staff was “tripling down on deep cleaning, procuring safety supplies that are available … and in Staten Island we are now temperature checking everyone entering the facility.” Amazon has declined to disclose how many workers at the warehouse have tested positive for COVID-19.