Alt.Latino Playlist: A Travelogue With Stops In Guyana, Puerto Rico, Mexico And India 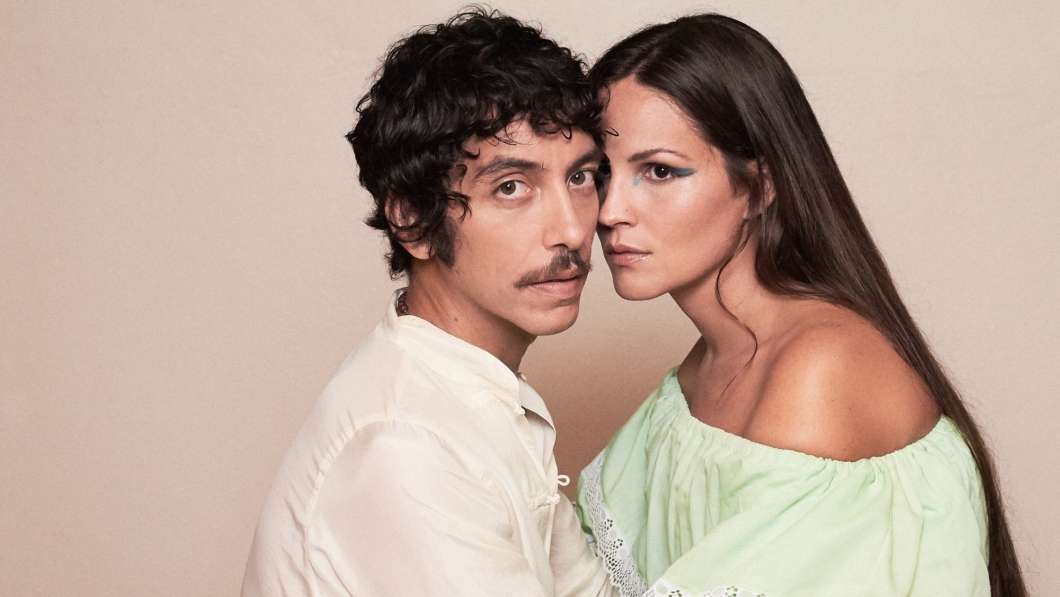 Luis Alfredo de valle and Raquel Berrios, from Buscabulla, are musicians and activists for their culture in Puerto Rico.
Image credit: Mara Corsino

Listen to this playlist on Spotify or Apple Music.

This week, collaborations are front and center with artists who stretch the basic concept of Latinx music. Indian sitarist and composer Anoushka Shankar collaborates with Alt.Latino faves Ibeyi while Yasser Tejeda and Palotre offer a Dominican/Haitian gem. Oh yeah, we also have a Mexico/Guyana/Nigeria mash up just to make it even more interesting.

Guyanese-Canadian singer and songwriter Anjulie created “Holy Water” over two years, and it was a truly global effort. Anjulie wrote the song in Canada, traveled to Mexico to record with Natalia Lafourcade, brought in rapper Phyno’s bridge recorded in Nigeria, touched up the production with Joe Park in Korea, and finished final mixing in Los Angeles. The result is a dreamy, bilingual pop track that billows like fine gauze wit lyrics of feminine desire. The video, released Friday, shows Anjulie in furs, a bath, in pink drapes, covered in flowers, and on the beach — a celebration set against all the oldest, timeless totems of feminine magic. — Stefanie Fernández

I’ve always been a fan of the electronic dreamscapes of Raquel Berrios and Luis Alfred de Valle. Since 2014, the Puerto Rican duo Buscabulla has stretched the fabric of Puerto Rican musical expression with creativity, synthesizers and passion. This new single and the accompanying video are the first taste of their first full-length album, which comes out sometime in 2020. — Felix Contreras

Vocalist Vicente García has an expansive, creative vision and surrounds himself with artists of like mind. Guitarist Yasser Tejeda is a fellow Dominicano and collaborated on García’s last album Candela (nominated for two Latin Grammys this year). Tejeda’s own album, Kijombo, was just released and this single only makes me want more.

Arrayano refers to people who are share both Dominican and Haitian ancestry, usually from the border between the two countries. The sonic backdrop is an exquisite, cross-cultural backdrop to García’s plaintive vocals about a cross-border love story. “Lo que tengo en mi pecho, no tiene bandera” (“What i carry in my heart doesn’t have a flag).

The album’s title, by the way, is a slight variation of quijombo, which are traditional Afro Dominican gatherings of celebration and resistance. I learned something new while being completely charmed by this outstanding collaboration. — Felix Contreras

This collaboration between sitarist Anoushka Shankar (daughter of Ravi Shankar) and French-Cuban twins Ibeyi is the most arresting and intimate song I’ve heard in a long time. The song turns around a question often not said out loud: “Am I still lovable if you stop loving me?” With few words (“Hurling these seeds into a light of my own / Unfurling these leaves under a light of my own”) supported by the spellbinding trio of vocals, Shankar’s sitar, Lisa Kaindé’s piano, and Naomi on percussion, the three manifest this self-love into a new refrain: “Still lovable.” — Stefanie Fernández