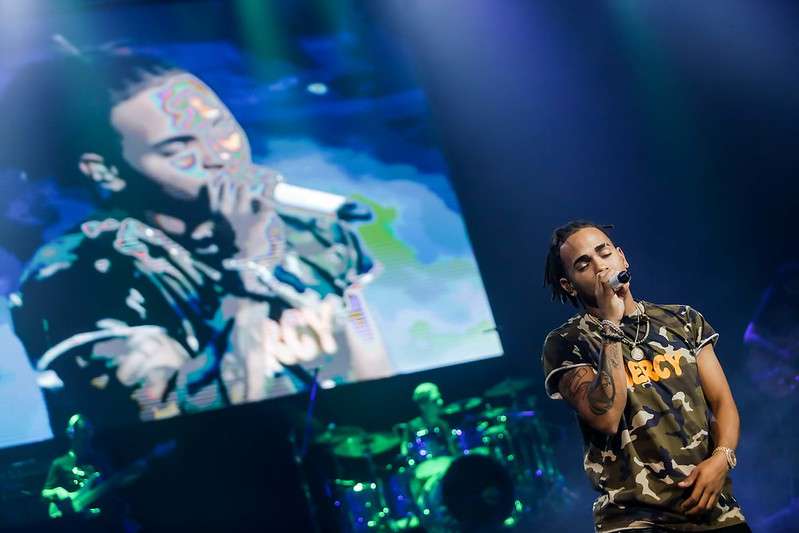 Ozuna calls Niburu an "an evolution of my music."

Ozuna has been teasing his third album Nibiru since November… of 2018. Several singles have detonated the Latinternet since — “Si Te Vas” with Sech, “Yo x Ti, Tu x Mi” with Rosalía, “Muito Calor” with Anitta, to name just a few – but now the wait is finally over.

“I chose the name Nibiru from the theory that the world will end [after an interplanetary collision] and I adapted it to my own personal concept: We make music to collide with the world and the public,” Ozuna tells Alt.Latino contributor Stefanie Fernández on this podcast episode conducted in Spanish.

The world certainly collides around Ozuna. The Puerto Rican artist is so popular that he was awarded four Guinness World Record titles in September. Among the honors, the 2017 album Odisea spent an amazing 46 weeks at Number One on Billboard‘s Top Latin Albums chart; he was also recognized as the most-watched artist on YouTube globally with seven videos totaling over one billion views.

Latin urban is certainly driven by singles, but every now and again an album pushes through with vision, innovation and incredibly catchy melodies. We caught up with Ozuna who calls Niburu an “an evolution of my music.”

“Frankly, I have experienced a lot lately,” he tells Alt.Latino. “Lots of music, lots of recognition — when I performed at the Grammys with big artists. I have learned a lot from all of that and I applied that to this record. And I continue to learn every day.”

Today we join millions of his fans around the world as we take a first listen to an album that will undoubtedly be another successful chapter in the ongoing story of Ozuna.