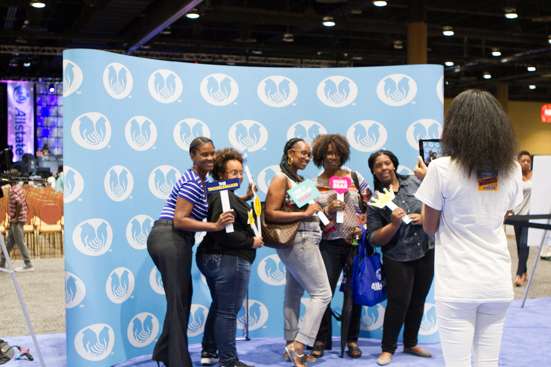 The annual celebration nicknamed “Your average family reunion on steroids” is winding down Monday in Kissimmee. Thousands of visitors from across the country have come to central Florida this weekend for the Allstate Tom Joyner Family Reunion. Its features workshops on financial literacy, career advancement, and physical and mental health. Attendees also look forward to live concerts with celebrity appearances from television luminaries. This year’s reunion drew actress Tisha Campbell-Martin, performer Jill Scott, singer and songwriter Corinne Bailey Rae, and others.

For Tom Joyner, the nationally syndicated radio host behind the event, the reunion’s purpose is to educate and empower African Americans by providing tools to keep the community strong. But for him, the reunion has special meaning this election year: to remind African Americans about their role in the political process.

“We got to stop Trump, whatever it takes! And what it takes is voter registration and voter participation. It’s a bigger issue to me than knowing who to vote for. Voter participation, first of all,” he said in an on-site interview.

Longtime attendee Evalina Bestman drove up from Miami for the event. She noticed she was having more conversations with attendees about the impact of the election on black families.

“When Barack Obama was running, of course there was much, much discussion, but now there’s a sense of ‘Oh, we have to come together’ because there’s a fear of what will happen to us as a people if the Republicans get into the office,” she said.

Tom Joyner has been vocal on radio show that gun reform and excessive force are also key issues for black community. He said he would like to see the reunion continue to grow and serve as a springboard for important conversations among African Americans.