‘Allen V. Farrow’ Digs Deep Into A Tale Of Celebrity, Power And Silence 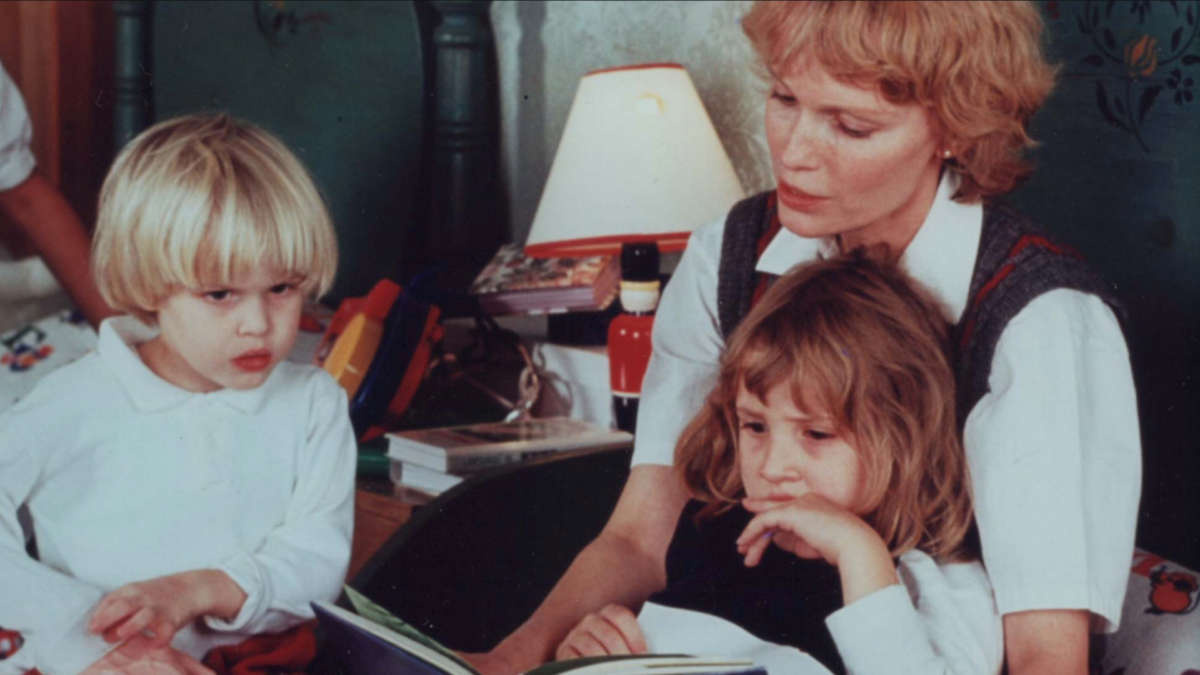 Mia Farrow with her children Ronan (left) and Dylan.

My first thought, when I heard about HBO’s docuseries Allen v. Farrow, was that this moment was inevitable.

We are, in this current cultural moment, slogging through a long overdue re-examination of past pop culture scandals, reassessing them with fresh sensibilities. After learning tough lessons on the structural nature of racism and sexism — and the ability of powerful, charismatic celebrities to shape their own narrative and avoid consequences — journalists have returned to the stories of Bill Cosby, R. Kelly, Harvey Weinstein and Britney Spears with new, sharper insights.

So it only makes sense that this project would come along now to tackle one of the weightiest scandals in Hollywood: allegations that Woody Allen, one of the most celebrated film directors/writers/performers of his generation, molested his adopted daughter Dylan Farrow when she was 7 years old in 1992.

Allen has denied abusing or being sexually inappropriate with Dylan and has not been charged with a crime, which the docuseries points out several times.

HBO’s Allen v. Farrow digs deep, offering in-depth interviews with Dylan Farrow, her mother and Allen’s former girlfriend Mia Farrow, her little brother (and Pulitzer prize-winning journalist) Ronan Farrow, and several other siblings who have supported Dylan’s allegations against her father. Over four episodes, roughly an hour each, the program covers an awful lot of ground.

“For the longest time, I’ve been trying to set the record straight,” says Dylan, now 35, whose detailed, soul-searching incest accusation forms the heart of Allen v. Farrow. “Because, no matter what you think you know, it’s just the tip of the iceberg.”

We see video of Dylan Farrow, as a child, recounting the allegations. We hear audio of a phone conversation Allen had with Mia Farrow, assuring her he is not taping their conversation — only to admit to his attorney, moments later, that he was recording it (he thought Farrow couldn’t hear him; the audio exists because she was also taping their telephone conversations). We watch Ronan Farrow allege that Allen would only pay for his college education if he publicly denounced his mother and sister, which he declined to do.

Along the way, the docu-series also explores the culture around these explosive allegations. How celebrity worship can insulate big names from consequences. How the publicists of powerful people can intimidate news outlets by threatening to withhold access to other powerful clients. And why the public finds it easier to believe a story in which a vengeful mother might make false abuse allegations, rather than believe that a father who appears upstanding could molest his own child.

What Allen v. Farrow doesn’t have: original interviews with Allen or anyone close to the family who might take his side. That includes Mia Farrow’s two children who have spoken in support of Allen — adopted son Moses Farrow, who has accused his mother of abuse, and Mia Farrow’s daughter who became Allen’s wife in 1997, Soon-Yi Previn. (The series notes that Allen and Soon-Yi didn’t respond to interview requests and Moses declined to participate.)

The result is a docuseries that humanizes Dylan Farrow, Mia Farrow and their bustling family, while Allen remains an odd, distant presence. In particular, the film presents Mia Farrow as a concerned and attentive mother, contrasting with Allen’s contention that she was vindictive and angry, coaching her child to make groundless accusations. Instead of an exclusive interview, Allen often appears in clips from the audiobook of his 2020 memoir, Apropos of Nothing, which he recorded. But the clips, which reveal a sort of oblivious self-focus, aren’t particularly kind to him.

“Imagine my sadness when not only did Dylan not want to see me, but instead wrote an open letter saying I molested her,” Allen says, in an excerpt from the audiobook featured in Allen v. Farrow. “The openness is important, because the strategy in going public is not to resolve anything, but to smear me. Her mother’s goals.”

The series details how Mia Farrow began dating Allen when both were big stars; Farrow’s marriage to conductor Andre Previn had ended, and she had seven children. Despite Allen saying he wanted nothing to do with her kids, the couple stayed together for 12 years, maintaining separate residences. They later adopted Dylan, and Farrow gave birth to Satchel, later called Ronan.

Viewers learn about Soon-Yi’s aloofness and Allen’s reported fixation on Dylan. Then, in 1992, Mia Farrow discovered photos of a naked Soon-Yi at Allen’s home and realized he had been having an affair with her daughter, then in college.

The discovery sends shock waves through the family, and as the couple’s relationship is disintegrating, Dylan says Allen took her into an attic and molested her.

There is a lot to take in here: suggestions of misguided investigations, cover-ups and bruising publicity campaigns. There are questions about Allen’s work as a director on films featuring stories of older men in romances with young women, and there are questions about stars who continued to support and work with him, even as Dylan began speaking out more in the wake of the #MeToo movement.

Ultimately, Allen v. Farrow offers the most sympathetic and complete telling of Dylan Farrow’s story, delivered in a way that also shreds Allen’s reputation as a boyfriend, father, movie director and public person — holding his past behavior up to modern sensibilities in a way that makes him look terrible.

But in telling a story drawn so much from one side of such a tangled and contentious family issue, questions will remain about what may be left out, absent the direct participation of the man accused of so much.

This story was edited for radio by Nina Gregory and adapted for the Web by Petra Mayer.