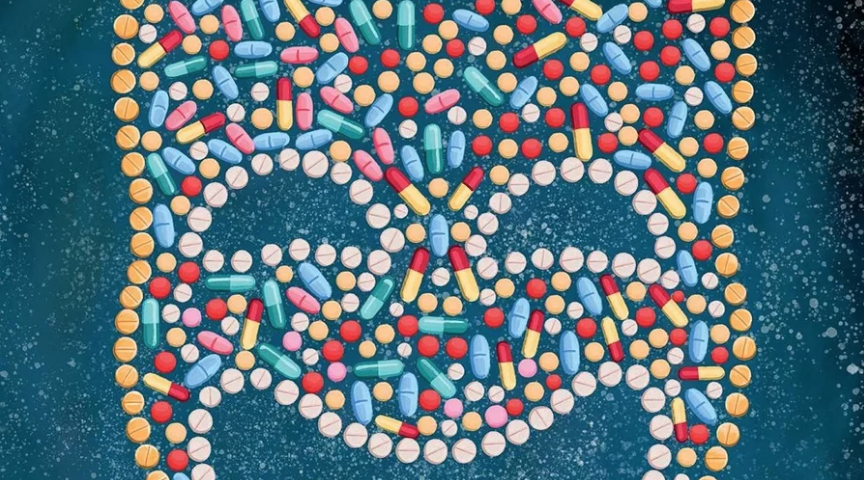 William Shakespeare’s All’s Well That Ends Well is rarely staged. A so-called “problem play” that explores questions of morality, its ambiguous tone, unlikeable characters, and confusing ending have rendered it unpopular. The gist: Orphaned Helen, a “poor unlearned virgin,” is desperately in love with noble Bertram, who is kind of a jerk. She cuts a deal with a king to magically heal him in exchange for compelling Bertram to marry her. Bertram refuses to consummate the marriage, so Helen fools him into sleeping with her in a “bed trick.” In the end, in one line, Bertram seems to suddenly love Helen back.

Early in Mona Awad’s new novel All’s Well, protagonist Miranda Fitch calls the play “neither a tragedy nor a comedy, something in between.” That’s also an apt description of Awad’s book — a surreal exploration of chronic pain, women’s believabilityand visibility, and desperation that straddles the line between comedy and horror.

Miranda — an actress whose literal fall off the stage ended her career and resulted in constant pain and a painkiller dependency — is hell-bent on staging a production of the maligned play. She’s in her second act as a tenureless assistant professor in the dying theater department of a small New England college, where she clings to directing All’s Well That Ends Well as her last chance at agency. Where others see Helen as delusional and cunning, Miranda believes that “it takes a depth of soul to understand her. A life of pain. A kind of wisdom only won by time spent in the shadows.”

Of course, Miranda’s talentless students don’t understand Helen or the play. They mutiny to mount the more straightforward Macbeth instead. That is, until Miranda meets three strangers who promise to take away her all-consuming pain and subdue the students.

In its collegiate setting, blend of comedy and horror, and use of the surreal, All’s Well resembles Awad’s 2019 novel Bunny, a gory send-up of the MFA workshop. But where Bunny explored the dark side of universally human urge to belong, in All’s Well, Awad directs her caustic commentary at a more pointed social problem: the refusal to acknowledge female pain.

At the outset of All’s Well, Miranda is at her nadir, her life ruled by pain, her pockets rattling with pills that she mixes and washes down with white wine. Pain has cost her her marriage, her beauty. She tells herself, “You are no longer a human woman. You are no longer sexually viable.”

Awad’s choice to narrate the novel entirely from inside Miranda’s head forces the reader to witness that pain in visceral detail, even if no one else does — especially not the male doctors who believe wholeheartedly in their ability to heal but not in female pain. Awad saves her bitterest jabs for physical therapists, the “men in blue polo shirts who are ever ready to play me the cartoon again about pain being in the brain,” who nevertheless revel in prescribing exercises that make Miranda hurt more.

It’s a claustrophobic perspective, one flooded with staccato, fragmented inner dialogue that reaches for bitter humor but often feels just plain bitter. The style had me impatient for the moment of transformation that I knew was coming, but that doesn’t give the reader or Miranda respite until about 100 pages in. The slow pacing, though, reinforces the indictment at the heart of the book — how we fail one another by choosing to look away from pain.

When relief does come in All’s Well, so does the surreal. After a rehearsal where only one student shows and Miranda discovers the set designer working on a mock-up of Macbeth, she meets three men in dark suits at a pub. They seem to know all about her and her troubles, chanting that physical therapists will break “your bank, your bones, your spirit” in a manner reminiscent of the witches in Macbeth. They bestow on Miranda the power to transfer her pain to others — a reversal of Helen’s ability to heal — and mysteriously endow the theater department, asking only for “a good show” (All’s Well That Ends Well, of course) in return.

Awad makes sure that readers get the allusion to Christopher Marlowe’s Doctor Faustus with a direct callout, though Miranda’s bargain isn’t as cut-and-dry as selling her soul. Instead, as Miranda’s pain leaves her body and enters those she wishes revenge on, her painkiller haze lifts, but a new haze of manic wellness descends.

Before her transformation, Miranda lacks insight into anything but her desire for her pain to be witnessed and understood. She can’t see what others can — that her reading of All’s Well That Ends Well is twisted, that her physical pain does seem to flare when she ruminates on her emotional aches. After she makes the deal with the three men, though, Miranda becomes further unmoored from both self-awareness and reality. She can no longer empathize with the broken person she once was, can no longer feel pain at all. Even in this magical world, pain remains disbelieved, and its relief comes with grave consequences. In the end, as in the play Awad puts through a fun-house mirror, it’s not clear if all is well.

Kristen Martin’s writing has also appeared in The New York Times Magazine, The Believer, The Baffler, and elsewhere.