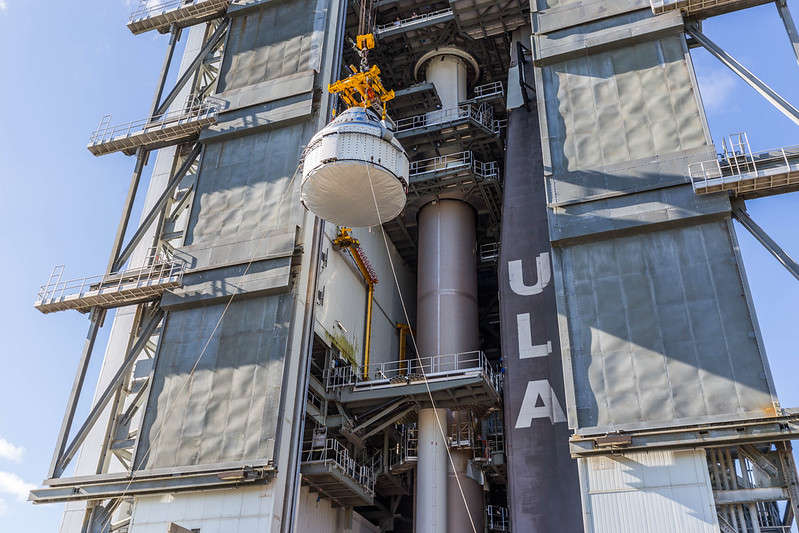 All eyes are on the weather as Boeing counts down to Friday’s launch attempt of the Starliner spacecraft from Cape Canaveral.

The Space Force’s 45th Weather Squadron forecasts only a 40 percent chance of favorable weather for the launch attempt Friday at 2:53 p.m. ET.

“There’s a lot of moisture that’s going to be around Friday and the winds will be from the southwest to the northeast, so that tends to focus a lot of the afternoon thunderstorms along the East Coast near the launch site,” said FPREN meteorologist Ray Hawthorne. “Conditions are not favoring a launch at this point. It’s still possible but there’s a good chance of thunderstorms in the forecast.”

NASA and Boeing conducted a critical Launch Readiness Review earlier this week. “It was a very smooth review,” said Nelson. “I think that indicates all of the hard work and the dedication that went into getting ready for this.”

A planned rollout Wednesday of the United Launch Alliance Atlas V rocket and Starliner capsule was delayed due to an internet service provider outage and looming bad weather. ULA said the rollout is rescheduled for Thursday morning and the launch is still on track.

If weather or other issues delay Friday’s launch attempt, Boeing has two backup windows next week.