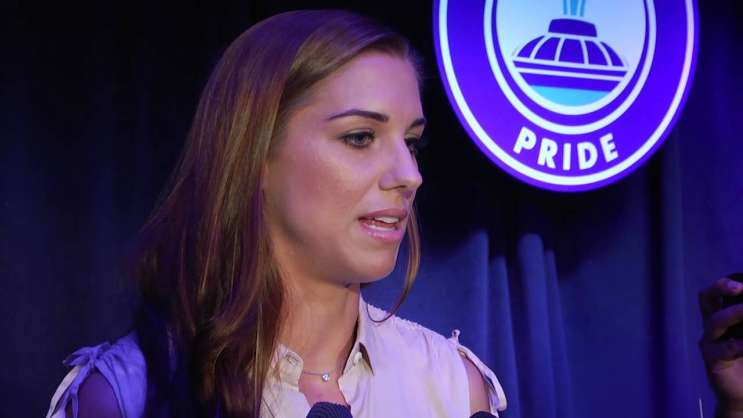 In a filing with the Equal Employment Opportunity commission, the World-cup winning players allege they make four times less than their male counterparts on the US men’s national team.

The women’s team won the World Cup last year and participated in a victory tour across the country – including a stop at the Citrus Bowl.

While only five players from the women’s team are named in the filing, Sauerbrunn says the move has support from the entire women’s team.

Five players signed the complaint, but the decision to file was whole-heartedly supported by the entire team. #equalplayequalpay #thegals

“While we’ve not seen this complaint and can’t comment on the specifics of it, we’re disappointed about this action,” said the U.S. Soccer Federation. “We’ve been a world leader in women’s soccer and are proud of the commitment we’ve made to building the women’s game in the United States over the past 30 years.”