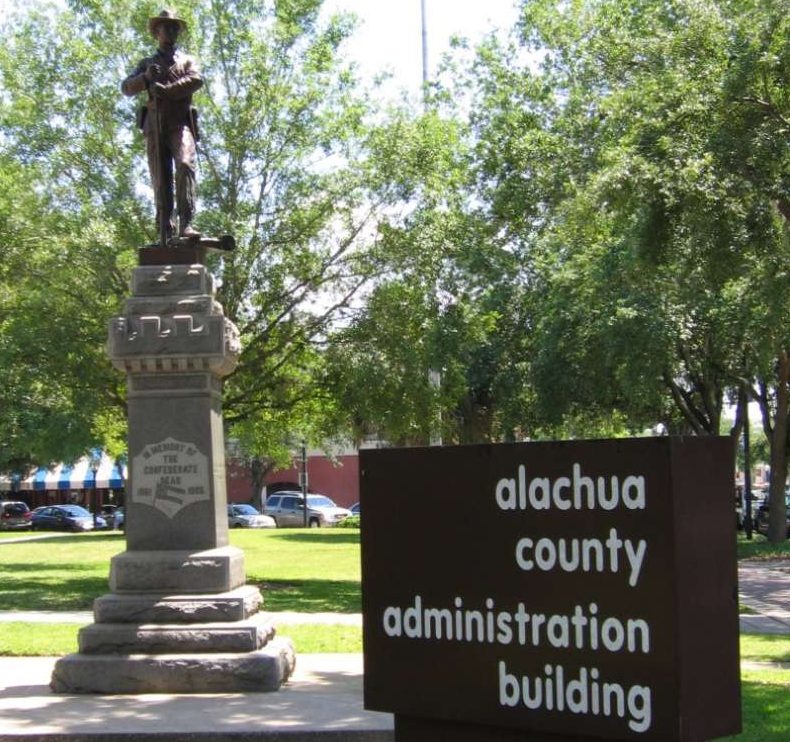 A confederate statue in Gainesville could be removed from its location in front of the Alachua County administration building.

Commissioners could make a decision on the fate of the statue at a meeting tomorrow.

Calls to remove the monument began in 2015. The statue of a rebel soldier includes the inscription “They counted the cost and in defense of right they paid the martyr’s price.”

“Certainly there are a number of our citizens who don’t view the Confederate part in the civil war as being fought in the cause of right,” said Alachua County communications and legislative affairs director Mark Sexton.

“But to the board’s credit they’ve listened to all sides of this including sides that think that inscription is appropriate,” said Sexton.

One possibility includes moving the statue to the county owned Veterans Park.

“There was talk of it going to a local historic museum, but that ended up not materializing,” said Sexton.