Al-Qaida Leader Says The Group Has Expanded To India 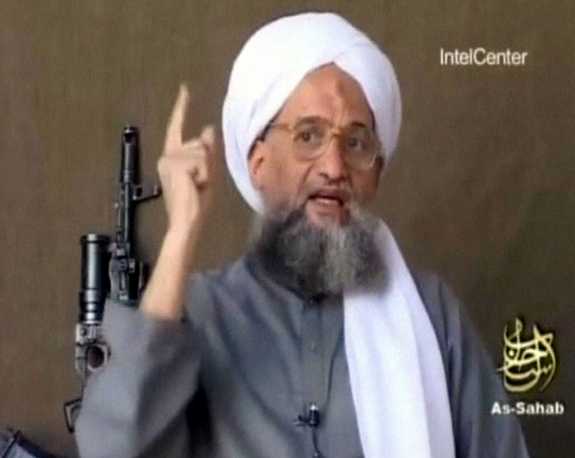 In a video released on Wednesday, al-Qaida’s leader says the terror group has expanded to India and it intends to bring Islamic law to the entire subcontinent.

“The new group ‘is the fruit of a blessed effort of more than two years to gather the mujahedeen in the Indian subcontinent into a single entity,’ al-Qaida chief Ayman al-Zawahri said in the video, which was seen online by the SITE monitoring group.

“While his comments raised concerns in India, al-Zawahri’s message seemed largely directed at his own rivals in the international jihad movement, and with raising al-Qaida’s profile in the wake of repeated successes by the Islamic State militant group.

“Al-Qaida has been increasingly overshadowed by the Islamic State, whose fighters have captured wide swaths of Syria and Iraq and recently beheaded two American journalists.”

The Times of India reports that the Indian government “sounded a countrywide alert” following news of the video. The government’s home ministry is asking “all states and security agencies to take possible precautionary steps.”

The Guardian reports that al-Zawahri also took coded swipes at the Islamic State. Al-Zawahri said al-Qaida sought to establish a Caliphate, which is something the Islamic State has called for and he also dismissed any ambition of establishing a government.

“Al-Qaida’s leaders have explicitly shunned state-building as a strategy, preferring a campaign of spectacular violence including complex attacks on targets in the west which are designed to radicalize and mobilize Muslims around the world.

“‘If you say that by your jihad you do not want but the pleasure of Allah, then you must not race for governance and leadership at the first opportunity,’ Zawahiri said in the new video, released in Arabic and Urdu, the language used by many south Asian Muslims.”

In Iraq, the Islamic State has moved quickly to govern the towns it has captured.