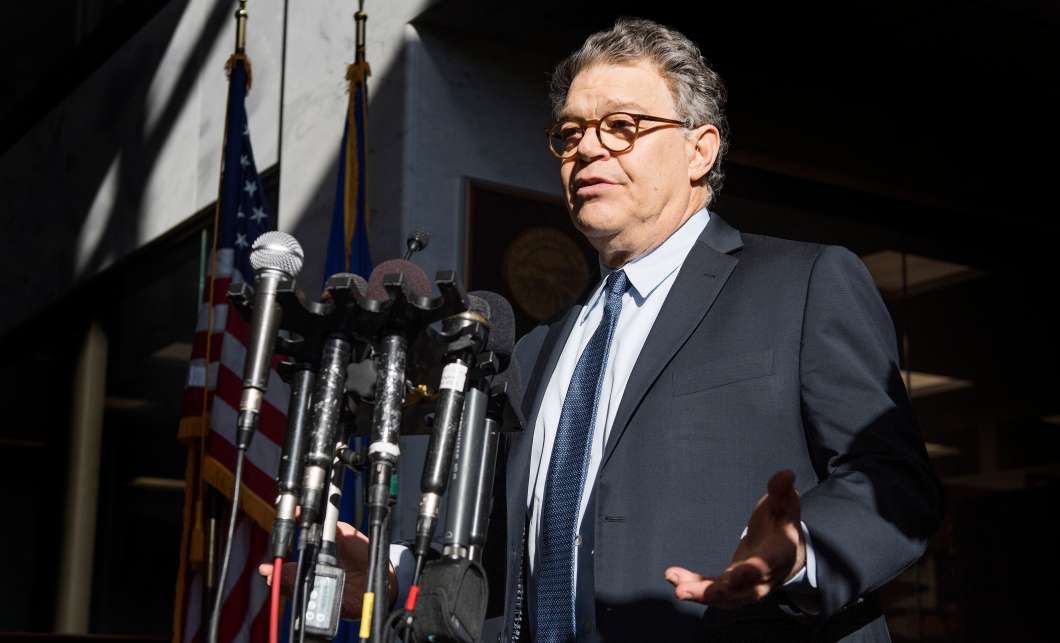 Multiple female senators are calling for the resignation of Sen. Al Franken, D-Minn., who has been accused of sexual misconduct.
Image credit: Jim Watson

Several Democratic senators called Wednesday for Sen. Al Franken, D-Minn., to step down in the midst of allegations that he inappropriately touched several women.

Gillibrand, in a Facebook post, said she has been “shocked and disappointed” to learn that a colleague whom she is “fond of personally has engaged in behavior towards women that is unacceptable.”

In her statement, Hirono cited Time magazine’s naming of the “#MeToo” movement as its person of the year, saying it recognized what “women have always known: There are men among us who use their positions of power and influence to manipulate, harass and assault women.” Hirono said she struggled with her decision, calling Franken “a good Senator and a friend. “But,” she said, “that cannot excuse his behavior and his treatment of women.”

Earlier in the day, Politico published a story about a new, anonymous accuser against Franken. The woman told Politico that Franken tried to forcibly kiss her in 2006. Franken denies that allegation.

Several other women have said Franken engaged in sexual misconduct with them — including groping or kissing them or attempting to do so. Most but not all of the alleged incidents occurred before Franken was elected to the Senate. The Senate Ethics Committee has begun an inquiry into the allegations against Franken.

The calls for Franken to step down came a day after Rep. John Conyers, D-Mich., announced his resignation after more than 50 years in the House of Representatives. The end of Conyers’ half-century tenure in office was the result of days of pressure after multiple allegations of sexual harassment were leveled against him. Another House Democrat, Rep. Ruben Kihuen of Nevada, is also under pressure to resign after a former campaign staffer alleged he had sexually harassed her.