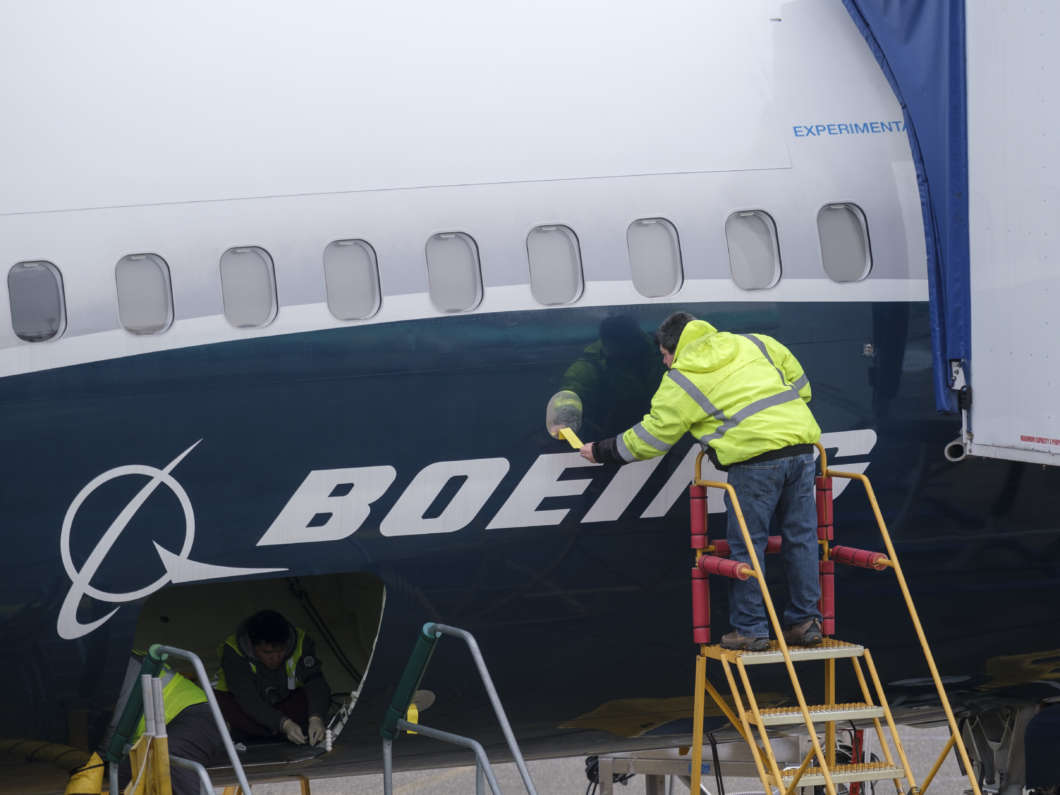 A Boeing employee works on the fuselage of a 737 Max 9 test plane at the company's factory in Renton, Wash., on March 14. Orders for durable goods jumped 2.7% last month, fueled in part by strong demand for commercial aircraft.
Image credit: Stephen Brashear

The grounding of Boeing’s troubled 737 Max aircraft could pinch U.S. economic growth, some analysts say, but the government reported Thursday that aircraft orders were strong enough last month to lift a key indicator.

Orders for durable goods jumped 2.7% in March, fueled in part by strong demand for commercial aircraft. The Commerce Department reported that orders for civilian aircraft soared 31%.

Despite that strong demand, shipments of commercial planes fell slightly during the month, dipping 0.4%. Boeing halted deliveries of its popular 737 Max jets in mid-March. The planes have been grounded worldwide following two deadly crashes within five months.

Boeing has also scaled back production of the Max jets indefinitely, as it works to modify an anti-stall system that has been implicated in the crashes. In mid-April, Boeing announced it would produce 42 Max jets each month, down from 52 before the decision.

Boeing said Wednesday that its earnings in the first quarter fell to $2.1 billion, down 13% from the same period a year ago.

“Across the company, we are focused on safety, returning the 737 Max to service, and earning and re-earning the trust and confidence of customers, regulators and the flying public,” CEO Dennis Muilenburg said in a statement.

With no clear indication when the bestselling Max jets would return to service, Boeing declined to predict its results for the remainder of the year.

Analysts at Wells Fargo say the 737 Max accounted for nearly half of Boeing’s total orders since 2016. In a sign of the aerospace giant’s outsize footprint, the analysts predicted the slowdown in Max production could shave 0.2 percentage points off national economic growth in the second quarter of the year.