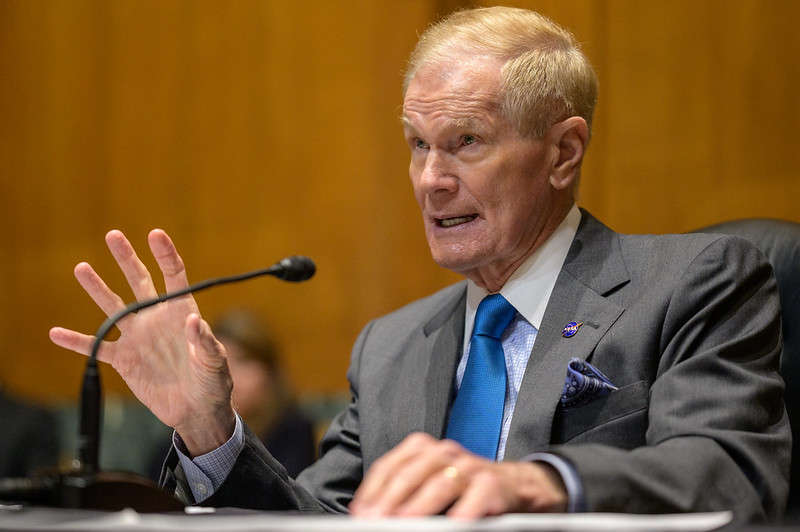 Boeing is set to launch its Starliner capsule on a critical test Friday. The uncrewed mission will help NASA certify the vehicle for human spaceflights, transporting astronauts to the International Space Station from Florida’s Space Coast.

Ahead of the mission, WMFE’s Brendan Byrne caught up with NASA administrator Bill Nelson at the Kennedy Space Center to talk about the mission’s significance and the future of the commercial crew program.

Brendan Byrne, WMFE: This mission itself is a redo of a previous mission that failed to reach the station. Just how important is the success of this mission for both NASA and Boeing?

Administrator Bill Nelson, NASA: It’s a very important mission, I think it’s going to go very well. I sat in the flight Readiness Review all day last Thursday, it was a very smooth review. I think that indicates all of the hard work and the dedication that went into getting ready for this.

And then sometime down the road, they will get ready for the first crewed mission and that will be a great day because then we’ll have two spacecraft, SpaceX [Dragon] and Boeing [Starliner] that will be able to deliver crew to the International Space Station.

Byrne: Is there any concern that if something doesn’t go right with the certification process that NASA can continue in the short term, with just SpaceX as the sole provider for commercial crew? Or do you need to have these two operators in the next two or three years?

Nelson: Well, let me put it this way: Space is hard. There is always something that happens that you didn’t expect. But I think the maturity of the program, and now with the reliability that we already see with SpaceX, I don’t think we have any concerns about being able to get cargo and crew to the International Space Station.

Byrne: SpaceX is already operational. We’ve had three crewed missions — successful missions — and they’ve also carried some international crew as well with astronauts from the Japan and Europe. How do you see that international partnership continue when it comes to this commercial crew? And would it be extended to Russian cosmonaut as well? What’s the future of the international collaboration here?

Nelson: It is a very strong, international cooperative relationship, especially so with the Russians, because remember, the Russians in the midst of the Cold War 1975, an American spacecraft and a Russian Soviet Union spacecraft, rendezvoused and docked and the crews lived together for nine days. We have cooperated with the Soviets, then the Russians all the way to the present. As a matter of fact, they helped us build the International Space Station, they help us operate it. So I think that’s a relationship that’s going to continue.

I think all of these other international partners of ours have been absolutely a major component of what we’re doing internationally, and look at most of our crews there [on the station]. They have an international astronaut on them.

Then when you get in the vicinity of the moon, in lunar orbit, and we set up the outpost — it’s like a mini space station but rather called Gateway — you will see our international partners help us build that Gateway. It’s my hope that that cooperation with the Russians will continue on the lunar program.