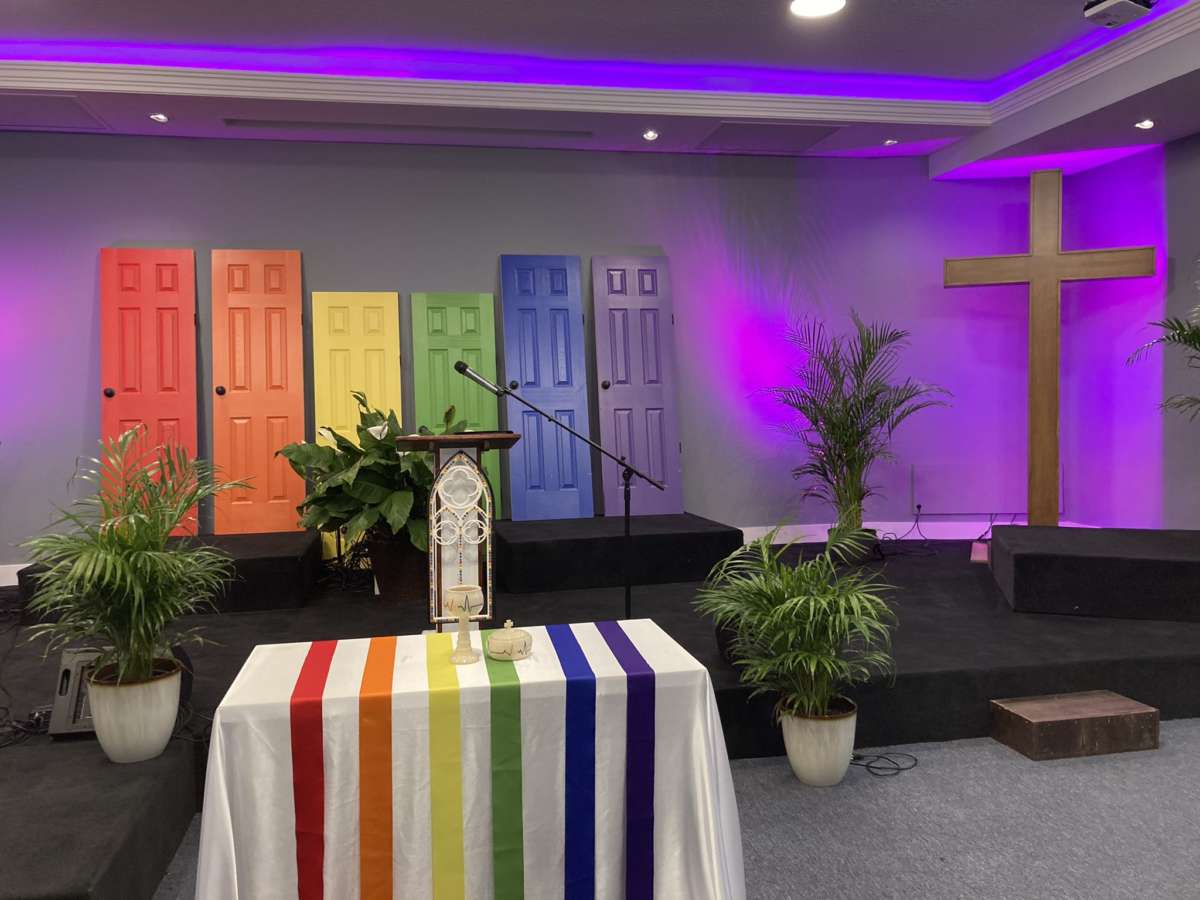 Orlando religious leaders called on Gov. Ron DeSantis and the legislature to pass anti-discrimination protections for LGBTQ people ahead of the 5 year mark of the Pulse shooting.

In person at Joy Metropolitan Community Church and virtually through a letter sent to local leaders, more than 500 faith leaders voiced their support for these protections.

Pastor Terri Steed Pierce says budget cuts to LGBTQ nonprofits was heartless ahead of 5 years since the Pulse shooting.

Steed Pierce says if anything, funding for the Orlando United Assistance Center through The LGBT Center should be increased in order to combat gun violence in the state.

“How many times have we even said that mental health is often the reason for the gun violence and then we still don’t put money toward mental health. It’s assinine, it’s oxymoronic honestly.”

Steed Pierce says the only way to honor the 49 lives that were lost in the Pulse nightclub shooting is through political action that protects the LGBTQ community.

She says that starts by passing laws that protect LGBTQ Floridians in the realms of the workplace, housing and healthcare.

“In the Christian tradition, the neighbor is defined as the one who is in need. So I think that it’s smart policy to be able to distribute public funds, not only for the majority, but for the needing minority.”

Saturday marks five years since a gunman shot and killed 49 people, and injured some 58 others, at the former Pulse nightclub in south downtown Orlando.