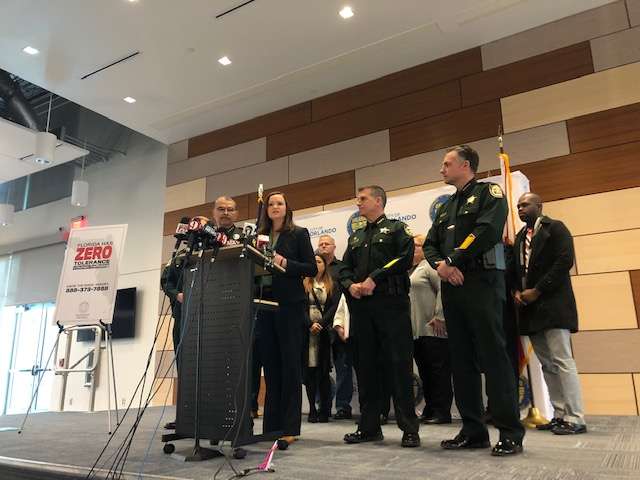 Tens of thousands of people are expected to visit Central Florida. Moody called on local communities to stay vigilant – looking for signs of human trafficking activities.

“We fully expect for traffickers to use the interstates, the main arteries to come into Florida,” Moody said. “So we are trying to alert convenience stores and others along the routes to be on the lookout.”

Following the NFL Pro Bowl, the Super Bowl is coming to Miami on Feb. 2.

“This is the first time,” she said, “in a very, very long time where both the Pro Bowl and the Super Bowl will be held in the same state.”

Last year at the Super Bowl in Atlanta, over 160 arrests were made related to human trafficking.

Florida is ranked third in the nation in calls to the National Human Trafficking Hotline.

Moody emphasized that human trafficking is not limited to football games. She said other upcoming events such as WrestleMania will also be magnets for human traffickers.

To report signs of human trafficking, call the National Human Trafficking Hotline at 1-888-373-7888.