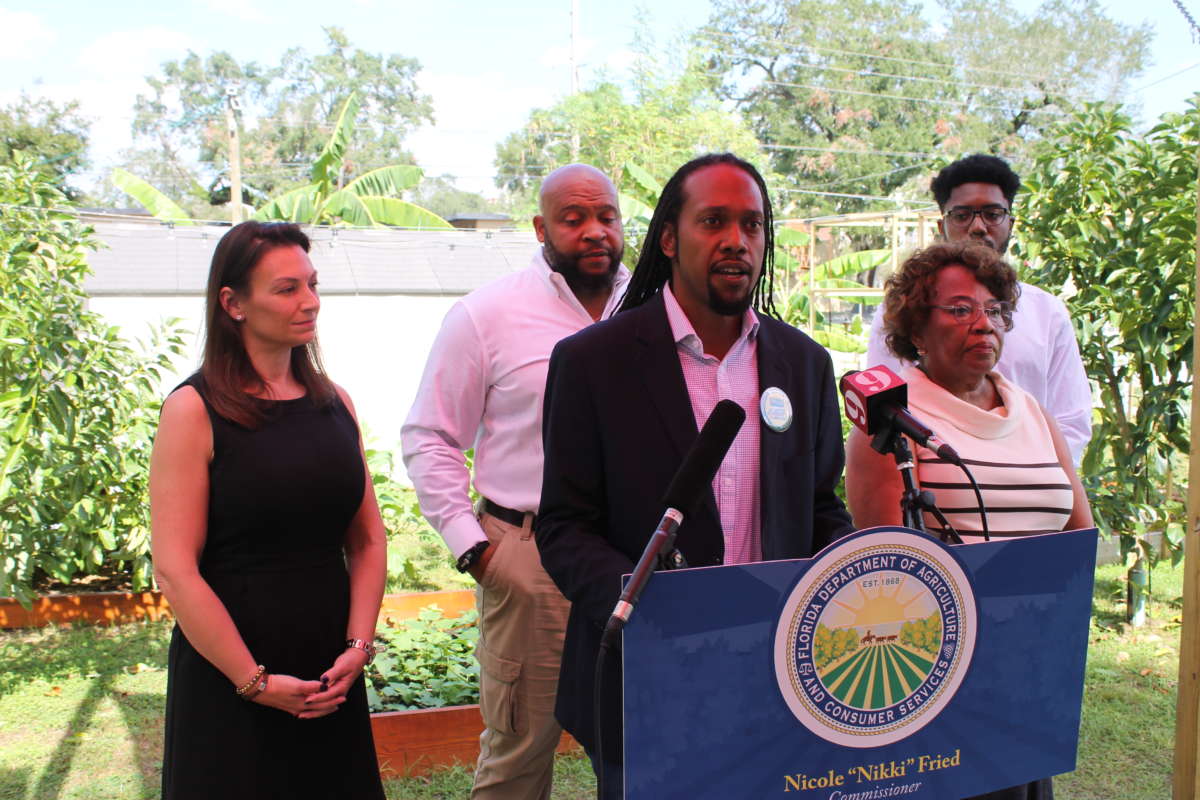 That case resulted in a $1.25 billion settlement for Black farmers who faced discrimination when applying for loans from the USDA.

Under the new rule, Pigford members applying for MMTCs will have to pay a non-refundable application fee of $146,000, more than double the $60,830 application fee paid by others. At a press conference at Infinite Zion urban farm in Orlando on Tuesday, Fried said the fee should be decreased, “which is what we have seen in other states across the country, which have recognized that we have a social justice situation across the country and tried to do better,” she said.

Fried says she’s also written Florida’s attorney general, requesting an investigation into whether the rule was created with discriminatory intent.

Eric Range, board chair for the non-profit Minorities for Medical Marijuana, said none of Florida’s 22 MMTC licenses so far have gone to minorities.  He said Black farmers are already at a disadvantage because of historic barriers to land ownership and access to capital.

“Let’s also remember that there are Black farmers out there in the state of Florida that are not a part of the Pigford class who would absolutely want to participate in this industry, and I think it’s important for us as a state to make sure that we’re making room for those individuals as well,” said Range.

One of those farmers  is Ray Warthen,  founder of Infinite Zion Farms. Warthen’s great, great uncle was Julius July Perry, who was lynched by a white mob during the Ocoee Massacre in 1920.

“It bothers me more closely, because of the history that we’ve known, what our ancestors had to go through. It’s a constant hill we have to climb. And we don’t even want to be ahead of anyone, just put us on the same playing field. That’s it.”

The Florida Department of Health did not respond to questions about the higher fees for Pigford members applying for an MMTC license.