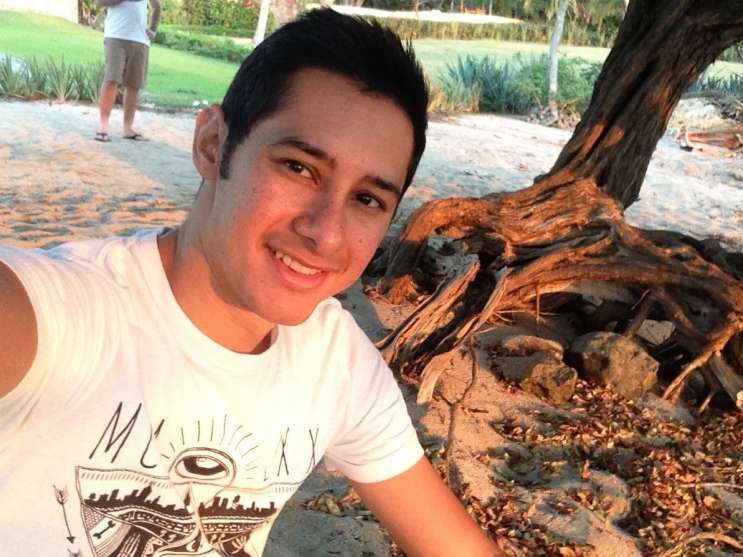 Eddie Meltzer says his experiences following the Orlando nightclub massacre inspired him "to help people in a different way." He now plans to become a grief counselor.

This week, Orlando Regional Medical Center released its last patient who was injured in the shooting at the gay nightclub Pulse in June.

A gunman killed 49 people and wounded 53, making it the deadliest mass shooting in modern U.S. history.

When NPR’s Ari Shapiro was in Orlando reporting on the massacre, he met Eddie Meltzer. He left the club just before the gunfire started, but five of his friends were killed and one was injured. He spent the next week interpreting for some victims’ Spanish-speaking families.

Meltzer said he wasn’t afraid after the shooting.

At the time of the shooting Meltzer was finishing up classes to become a nurse, but he said his experiences in the past three months changed his life in ways he never expected.

He received a letter from a Muslim man, who wrote that he initially agreed with what the Pulse shooter did, but that he heard Meltzer on All Things Considered and wanted to meet him in person. “Something hit him, and he realized that he was full of hatred, and he didn’t want that,” Meltzer says.

“So we met. I was very nervous — I was very worried that this was a setup,” he says. “And this man said, ‘We’re not going to see each other eye-to-eye — I still don’t agree with your lifestyle. But I have learned through you that I can respect it, and I can learn not to be consumed by hate.”

Meltzer says this man said something at the end of their meeting that stuck with him.

“He said that he knows that the people that have hate, they will never win — because they will always be consumed by their own hate, and it will destruct them,” Meltzer says. “And that’s why good will always triumph, and that’s the side that he wants to be on.”

These experiences have inspired Meltzer to forge a new path in his life.

Use the audio player above to hear the full interview.