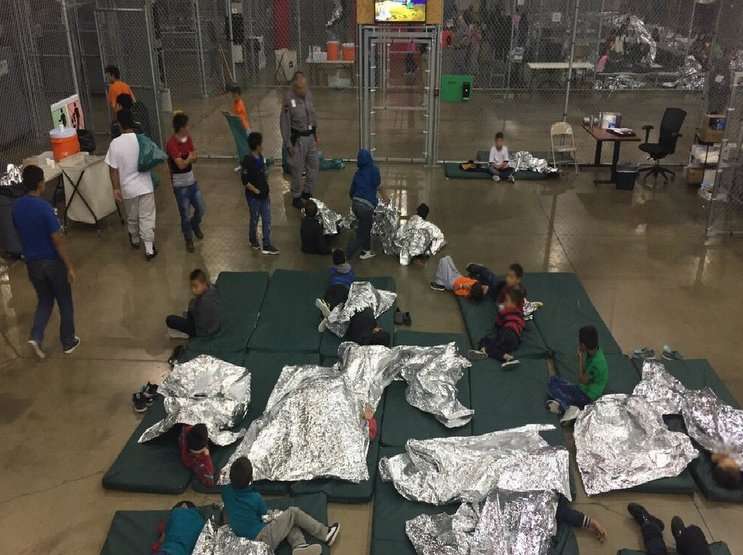 Eli García traveled down to Homestead last weekend to turn fear into power.

As one of hundreds of thousands of youth using the Deferred Action for Childhood Arrivals program (DACA), García innately understands the terror of being undocumented.

That feeling was heightened as more details emerged about a Trump administration policy that separated about 2,300 undocumented children from their immigrant parents. Trump has since signed an executive order ending this policy, but it’s not clear yet how these children will be reunited with their parents.

Although they were afraid, members of the Central Florida undocumented community and the Hope CommUnity Center drove down to a detention facility holding about 1,000 migrant children in Homestead to protest the conditions. Some people left stuffed toys in front of the facility with notes in Spanish that read, “Welcome! You are not alone. We love you.”

The Hope CommUnity Center and other organizations have spent months providing resources to the local immigrant community like citizenship classes, GED help, school tutoring and “know your rights” training, where they teach undocumented people what their rights are if they’re stopped by police or federal immigration authorities.

García says the undocumented community needs its allies to take action – either by attending rallies, calling members of Congress or donating to groups that help immigrants. On Saturday afternoon, immigrant groups plan to gather at Orlando City Hall to demand that elected officials vote for legislation that keeps families together during the detention process.

She says,”We’re scared, but we’re turning our fear into power, into organizing and helping our community. We have to show resistance.”