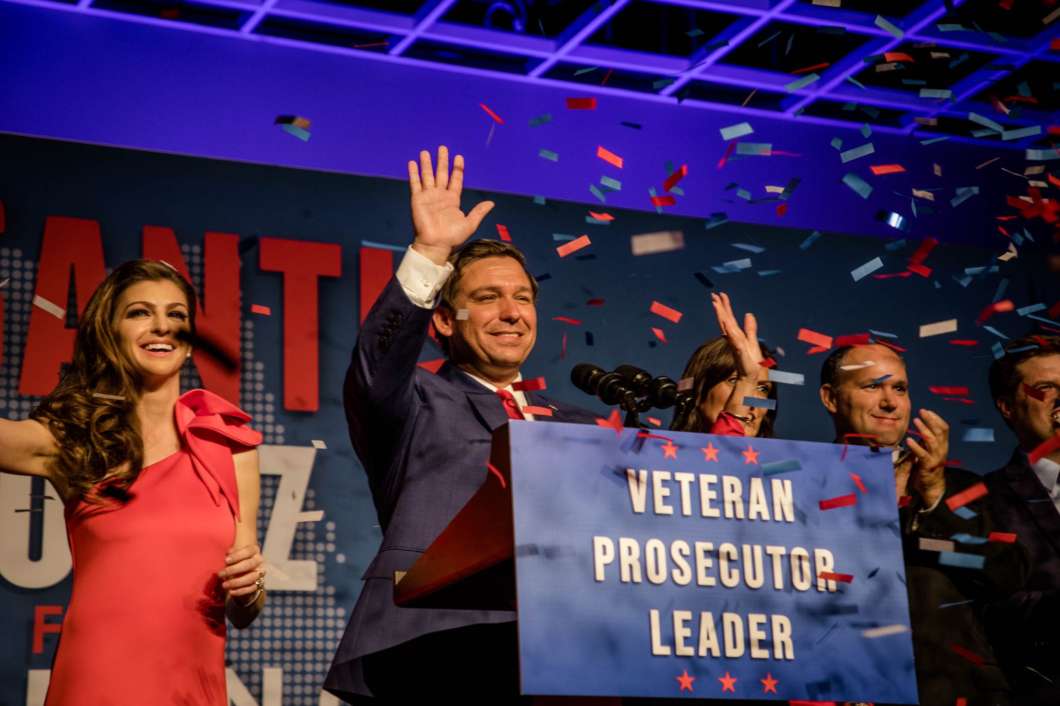 Ron DeSantis will be Florida’s next Governor. The Republican beat Democratic Tallahassee Mayor Andrew Gillum in a narrow victory.

Just hours after the polls closed in Florida, candidate Andrew Gillum delivered his concession speak. Minutes later in front of a packed ballroom in Orlando’s convention area, DeSantis, flanked by his running mate and his wife, claimed victory.

“I think my election as Governor in the nation’s third largest state is further proof that regardless of where you start out in life if you work hard, and do it for the right reasons, you can succeed in the United States of America,” he said to a crowd at the Rosen Centre.

When the DeSantis campaign started out, the north Florida Congressman was far from the front runner in the Republican primary. Florida’s Agriculture Commissioner Adam Putnam held an early lead in the race, but that all changed when President Trump threw his support for DeSantis on Twitter, followed by appearances at rallies across the state.

That’s what brought the support of Kat Gates-Skipper. Like DeSantis, she’s a retired member of the military and part of the Veterans for DeSantis group. When she heard the candidate was in for Trump, she was all in for DeSantis.

The race for Florida’s governor was also seen as a bellwether for President Trump’s influence on elections throughout the country. National political stories like the nomination and confirmation of Supreme Court Justice Brett Kavanaugh amid allegations of sexual assault sparked anger from Democrats across the country and in Florida.

Republican political analyst Michelle Ertel said it also riled up the other side. “Trump has been saying jobs not mobs, you know, that’s motivated Democrats but that’s also motivated Republicans.”

DeSantis was behind in public opinion polls leading into the election, but campaign supporter Congressman Matt Gaetz said polling never concerned the campaign.

“It was often modeling an electorate that Florida has never seen,” said Gaetz. “There was the assumption that there would be a blue wave – so many more new Democratic voters that Republicans would be behind the eight ball. The reality is Democrats did build a tremendous coalition of new voters, but there was a corresponding red wave.”

A record number of early voters cast their ballot in Florida. Democrats and Republicans accounted for nearly 40 percent of the ballots ahead of Tuesday’s election. Democrats held the early lead, but that left nearly 2.5 million no- party-affiliation voters up for grabs. It’s still unclear which candidate picked up those votes.

UCF Political Scientist Aubrey Jewett says even though DeSantis didn’t run a perfect campaign, his challenger Andrew Gillum was too far left for Florida voters. “To be so up front and bold as Gillum to push for a billion dollar tax increase, that was maybe one of the factors that fell into this,” he said.

The Governor-elect promised to continue the work strengthening that economy and keeping it a tax-free state to attract investors.

“We have an awful lot of economic opportunities in Florida, and that is in large part due to the hard work of Rick Scott for 8 years, focusing on bringing economy back, it’s never been better, that’s what I’m going to work on doing.”

DeSantis will inherit that economy from Governor Scott, and the leadership of the sunshine state, in January.