After Taking Office Less Than A Year Ago, Japan’s PM Says He Won’t Seek Re-Election 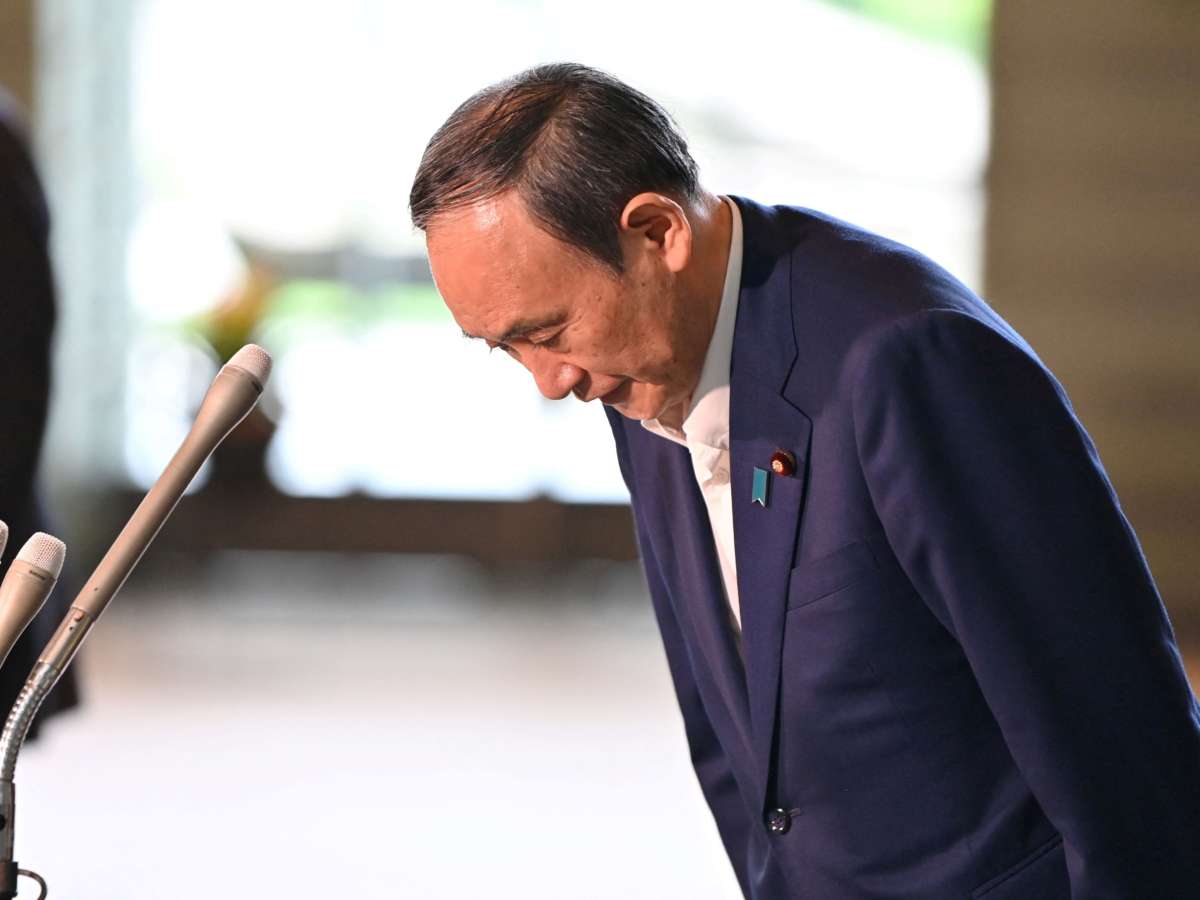 Japan's Prime Minister Yoshihide Suga bows during a press conference at the prime minister's office in Tokyo on September 3, 2021, following his announcement that he will not seek re-election for Liberal Democratic Party (LDP) leadership this month.
Image credit: Kazuhiro Nogi

SEOUL — Japan’s Prime Minister Yoshihide Suga effectively announced his resignation, after his handling of the pandemic cost him public support and dimmed his party’s prospects ahead of general elections this fall.

Suga’s exit after just under a year in power raises the specter of a return to a “revolving door” succession of Japanese leaders, who each serve one-year terms and leave a key US ally politically adrift, just as Washington needs its cooperation on most aspects of Asia policy.

Suga told an executive meeting of the ruling Liberal Democratic Party (LDP) that he would not stand for president in internal elections at month’s end. The LDP has run Japan for most of the past seven decades, and due to its dominance in parliament, its president is virtually assured of becoming Prime Minister.

Suga later told reporters that he had other priorities. “A huge amount of energy would have been required to deal with the pandemic and also conduct party presidential campaign activities,” he said.

“I felt it would have been impossible to do both so I had to decide on one of the two,” Suga added.

A fourth state of emergency over much of Japan has failed to get a fifth wave of coronavirus infections under control. The country’s plodding vaccine rollout has been sharply criticized. And as of August 25th, some 118,000 COVID patients were stuck at home, after Suga decreed that hospital beds should be reserved only for serious cases.

Suga’s handling of the pandemic has indeed been his Achilles’ heel. It has contributed to his approval ratings slumping to a record low, below 30%.

What he did not say, though, was that, in some of his party member’s eyes, it had made him a political liability, costing LDP candidates their seats in local elections over the summer, and with general elections looming in the fall.

“There are a lot of a lot of LDP members who I think are looking at what’s happening in their districts and just did not want to have to go into an election with him as the face of the party,” argues Tobias Harris, a Japan expert at the Center for American Progress.

While the chronically disorganized opposition is unlikely to seize power from the LDP, Harris estimates the LDP could lose a dozen or so seats in parliament this fall, in which case, Suga would “end up having to resign anyway. I mean, his position would truly be untenable.”

Suga took office nearly a year ago, following the resignation of his former boss, Shinzo Abe. Abe’s eight years in office was the longest of any Japanese Prime Minister. Before that, Japan had six prime ministers in as many years, which was widely seen as a sign of aimless drift and stagnation in Japanese politics.

After the Abe administration, in which the LDP’s powerful internal factions remained largely united, says Tobias Harris, “we’re seeing that there are internal conflicts in the LDP that have been suppressed for a long time, that are very much active and I think will be a factor going forward.”

The prospect of ruling party disunity and heavy turnover at the top in Tokyo cannot be welcome developments for Washington, which is counting on Japan’s cooperation in facing China’s challenge to its primacy in Asia.

That includes dealing with security hotspots such as the East and South China Seas and Taiwan, building regional infrastructure, securing supply chains and replenishing the short global supply of semiconductors.