After surviving a hurricane, ‘Betzy’ Santiago Burgos strived to make it in Central Florida. Then she was murdered 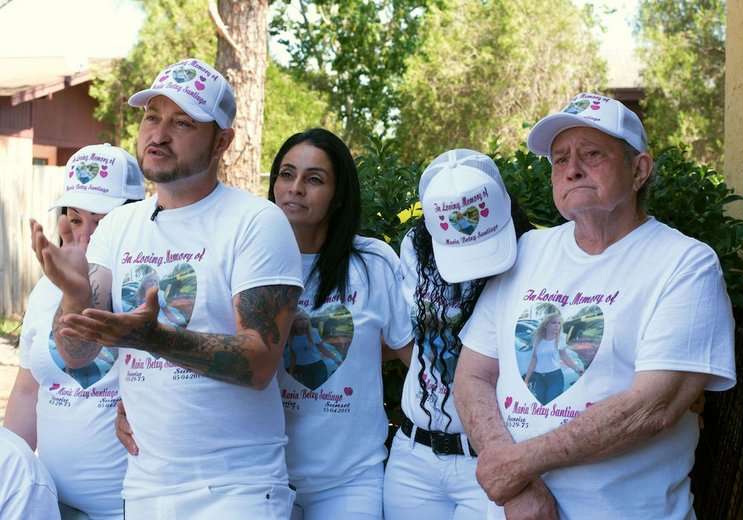 In four days, Betzy Santiago Burgos and her two children would be homeless.

That’s all the 43-year-old could think about after FEMA had given her the ultimatum that morning. In March, her case manager told her the federal agency was extending the hotel voucher program for Puerto Rican evacuees who fled the aftermath of Hurricane María until May 14. But now, on April 16, FEMA had reversed course.

Santiago Burgos and about 40 other families staying at the Super 8 motel off Highway 192 in Kissimmee would be kicked out by April 20.

In the parking lot of the Super 8 at a protest with other families, Santiago Burgos sobbed. She couldn’t find an apartment or cheap hotel she could afford on her low-wage construction job.

Like tens of thousands of other Puerto Ricans, Santiago Burgos fled to Florida after the hurricane; her home was damaged, and most of the island still lacked power and water. FEMA’s decision threw a wrench into her family’s plans for survival.

But the protest worked. By the end of the week, FEMA reversed course again, granting a last-minute extension until May 14. But Santiago Burgos wouldn’t live to see it. On May 3, she was shot and killed by a friend who became obsessed with her, family members say.

Father José Rodríguez says he’s angry at the man who stole Betzy away from her children and the people who loved her. But the priest of Jesús de Nazaret Episcopal Church in Orlando is also angry at FEMA.

Rodríguez says, “FEMA’s lack of transition assistance drove this wonderful, strong human being into a vulnerable situation with a person who did not have her best intention in mind.”