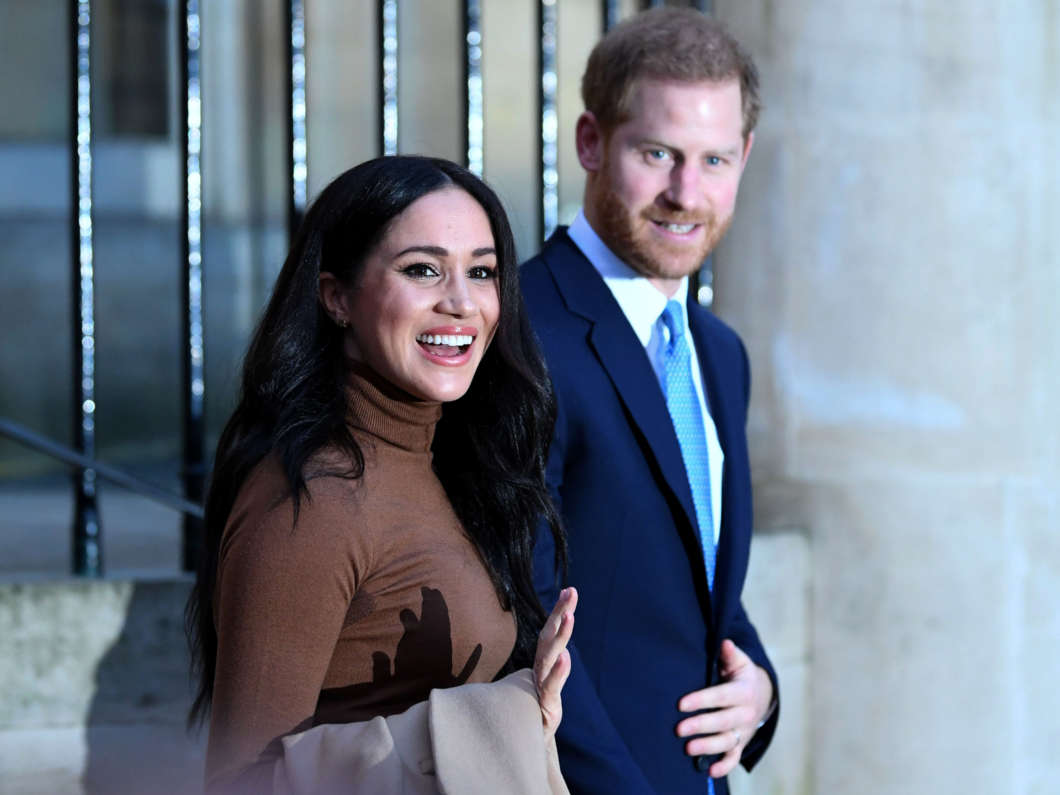 Prince Harry and Meghan, the Duchess of Sussex, seen here last week in London, conferred with other members of the royal family on Monday to discuss their status going forward.
Image credit: Daniel Leal-Olivas

It was billed as the Sandringham Summit: a meeting of Britain’s royal family to discuss the desire of Prince Harry and his wife, the former Meghan Markle, to “step back” from the responsibilities of being “senior royals.”

The meeting took place at the queen’s estate in Norfolk and involved Queen Elizabeth II; Harry; his father, Prince Charles; and his brother, Prince William. Meghan joined by phone from Canada.

It’s not known what was said in the meeting, though the queen released a statement afterward:

“Today my family had very constructive discussions on the future of my grandson and his family.

“My family and I are entirely supportive of Harry and Meghan’s desire to create a new life as a young family. Although we would have preferred them to remain full-time working Members of the Royal Family, we respect and understand their wish to live a more independent life as a family while remaining a valued part of my family.

“Harry and Meghan have made clear that they do not want to be reliant on public funds in their new lives.

“It has therefore been agreed that there will be a period of transition in which the Sussexes will spend time in Canada and the UK.

“These are complex matters for my family to resolve, and there is some more work to be done, but I have asked for final decisions to be reached in the coming days.”

Earlier in the day, William and Harry jointly released a statement denying a report in a British newspaper that described a rift between the brothers.

They did not specify which article they were denying, but it’s thought they were referencing a story in The Times that claims Harry and Meghan, formally the Duke and Duchess of Sussex, feel pushed away from the royal family by “bullying” from William.

“Despite clear denials, a false story ran in a UK newspaper today speculating about the relationship between the Duke of Sussex and the Duke of Cambridge,” the statement said, according to news outlets. “For brothers who care so deeply about the issues surrounding mental health, the use of inflammatory language in this way is offensive and potentially harmful.”

Among the other changes Meghan and Harry have announced in recent days, they have declared that they will no longer be part of the Royal Rota system, which has given a pool of U.K. media outlets exclusive access to the official engagements of the British royals.

They peg the change to their forthcoming “financial independence,” as well as “their wish to reshape and broaden access to their work.” They note that according to the rules of the rota system, they have to give photos to the rota — a pool of seven publications, of which four are tabloids — in advance of sharing them on social media, for instance.

Harry and Meghan may well have concluded that the rota system wasn’t giving them a fair shake. The country’s tabloids have repeatedly cast aspersions on Meghan for the same actions that won praise for William’s wife, the former Kate Middleton.

In October, Harry released a statement blasting the media’s treatment of Meghan, saying she “has become one of the latest victims of a British tabloid press that wages campaigns against individuals with no thought to the consequences.”

“I’ve seen what happens when someone I love is commoditised to the point that they are no longer treated or seen as a real person,” he wrote. “I lost my mother and now I watch my wife falling victim to the same powerful forces.”