After Splashing Down Off Florida’s Coast, Researchers Will Get Their Hands On Space Experiments In Record Time 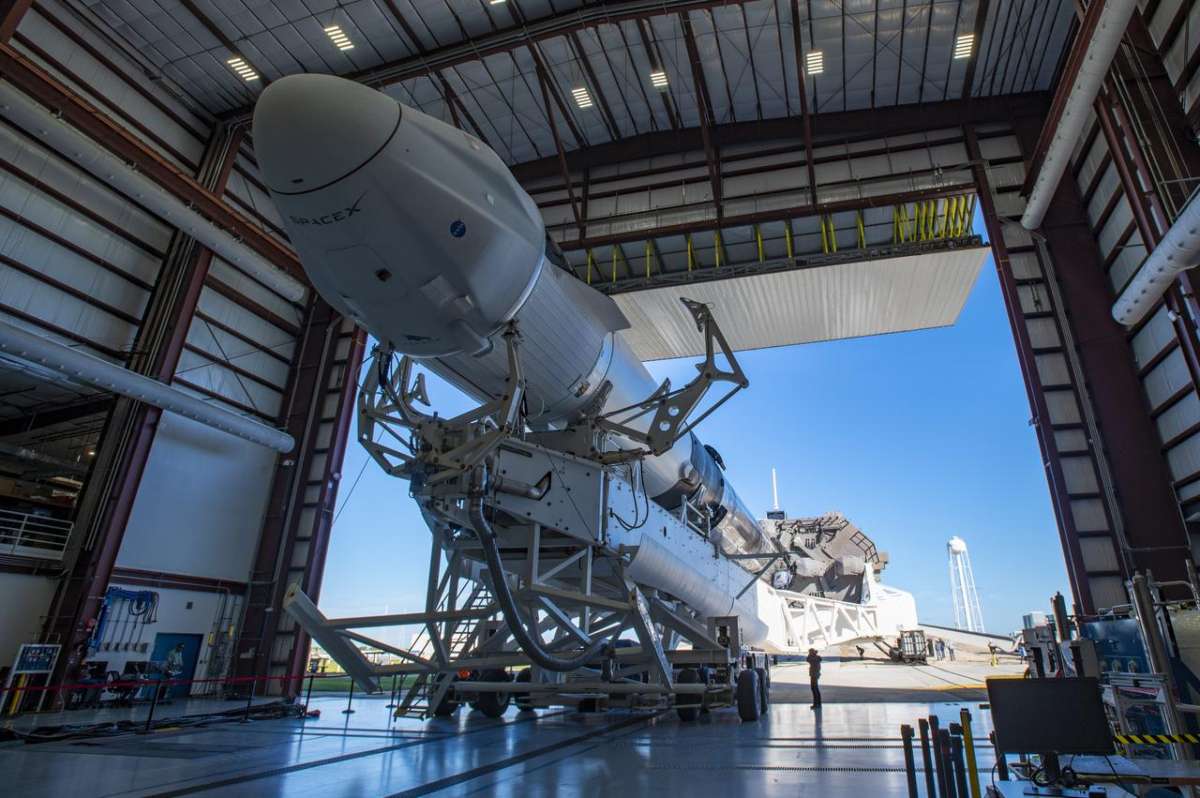 A SpaceX Falcon 9 rocket, topped with the upgraded version of the Cargo Dragon spacecraft, is seen inside the company’s hangar at NASA’s Kennedy Space Center in Florida on Dec. 2, 2020, prior to being rolled out to the launch pad in preparation for the 21st Commercial Resupply Services (CRS-21) launch. Photo: NASA

A spacecraft packed with science experiments is set to return from the International Space Station, splashing down in the Atlantic Ocean. It will be the first recovery of a cargo craft off the coast of Florida.

When SpaceX’s Cargo Dragon splashes down off the Space Coast, there will be a fleet of boats and helicopters there with one goal — get the science experiments on board back to Kennedy Space Center as quickly as possible.

Previous SpaceX cargo recoveries occurred off the coast of California and took up to 48 hours to return experiments. With a recovery near Kennedy Space Center, that time is cut down to just four hours which give researches the chance to quickly analyze their results.

“This is really exciting,” said NASA’s Deputy ISS Chief Scientist Jennifer Buchli. “It changes the the type of science we can do on board for sure.”

“By returning to Kennedy Space Center, they’re returning to an area where we have infrastructure setup,” said Buchli. “We’ve got labs on site. The researchers can get the science in their hands, they’re picking it up right on site. If they need to do any immediate analysis or measurements, we have everything ready to go for them.”

One of the first experiments NASA will transport back to KSC includes live mice returning from orbit. Scientists are studying how their bodies adapt after returning from microgravity.

An attempt to undock Monday was scrubbed due to poor weather in the recovery zone off the coast of Florida. Teams are currently assessing weather conditions for the next undocking opportunity.

Eds. note: This story was updated after SpaceX and NASA scrubbed an undocking attempt Monday due to weather.