After Pulse, ‘QLatinx’ Arises To Fill Void In Orlando 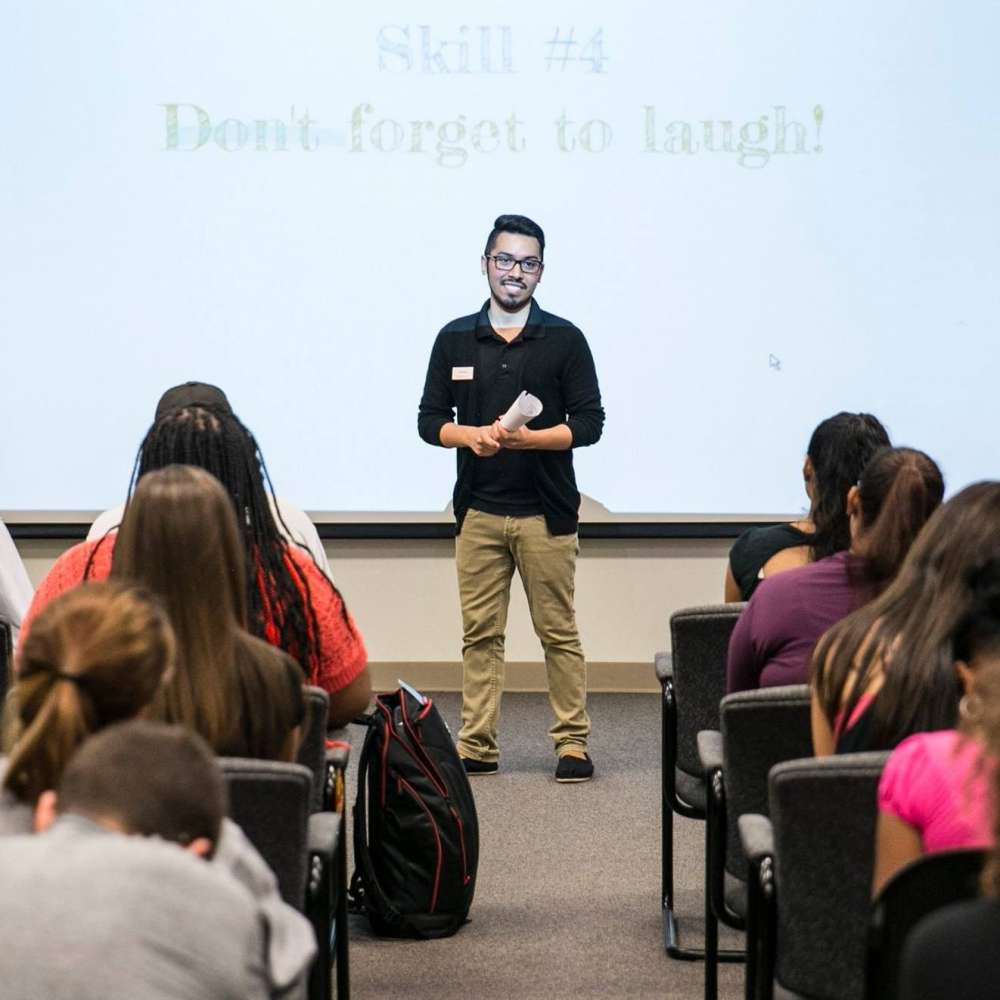 The City of Orlando has been recognized for its united response to the Pulse nightclub tragedy. But if you talk to the Latino community, not everyone feels the response was harmonious. So they’re taking action.

It’s a Thursday night. A small group is seated around a conference table at the Proyecto Somos Orlando building on Orange Blossom Trail. Christopher Cuevas stands in front of a screen that projects a big rainbow-colored letter “Q” with the word “Latinx” in the middle. Latinx is a gender-neutral alternative to the words “Latino and Latina.”

Some murmurs and laughter at first, but things got deep as they delved into issues of consent, safe sex, and hook-up culture.

How This Grassroots Organization Came To Be

The group started meeting informally after Pulse. One survivor is at the table. Another sits outside, alone, wearing white earphones and staring contently at his phone. Cuevas said the meet-ups started out organically, just friends inviting other friends to be together, to share memories …to grieve together.

“Weeks passed and eventually we said ‘let’s do something with this’ because the community is crying out for this,” said Cuevas.

So he lead the charge to organize QLatinx –which now has more than 50 members and growing. Executive Director Cuevas said he hears a common theme from people who show up to their meetings: That they didn’t feel comfortable going to other, existing LGBT organizations. They tell him, “I don’t go because all of the materials are only in English or because I’m afraid my undocumented status will be revealed, “or I’m afraid to go into these spaces because I don’t see people like me there, people leading the charge like me, even people working front desk service like me.”

That’s why Viviana Troche joined the group. They get her…the issues she faced with family in Puerto Rico when she came out. “There’s a little comfort in a way; it’s like being held by your mom, taking care of you because there’s a bigger understanding because you come from the same outlet I guess,” said Troche.

Collaboration Within the LGBT Community

Since Pulse, LGBT leaders have been talking about the need for more collaboration and Latino outreach. Many of the victims were Latino. David Baker-Hargrove, a longtime LGBT organizer in Orlando and past president of the Come Out With Pride event discussed this as part of a recent panel. He admits there hasn’t really been a significant focus on minorities within the local LGBT community. Baker-Hargrove says cultural divides are pervasive and can be unconscious.

“Even within the LGBT community, you have still this perception that LGBT groups, that organizations and activist groups are essentially for white people and so what happens is that white people rise to the leadership of those organizations,” said Baker-Hargrove.

Outreach to the Latinx community is growing and not just in Orlando. Last year the LGBT Center in Los Angeles collaborated with a Latino equality group to open “Mi Centro” for Latinos in LA. While they tout this success, Alan Acosta, Director of Strategic Initiatives at the LA Center, explains the LGBT movement hasn’t always been conducive to collaboration partly because of: competition.

“And that it’s seen as a zero sum game, that if I get my group funded or if I get a space, that somehow that’s taking away from others, and I think we really have to stop thinking that way,” said Acosta.

There are now at least one 174 LGBT Latinx groups and ally organizations across the U.S. Orlando’s new Qlatinx has been getting advice from some of them, so as to not reinvent the wheel.

“There’s this consciousness that needs to be tapped into in the larger LGBTQ Anglo community that doesn’t recognize, we are not all happy go lucky, beautiful LGBT people in unison, as much as we want to be, we’re not there yet,” said Cuevas.

Cuevas hopes QLatinx will also serve as a model for other marginalized groups within the larger LGBT community.