After New Hampshire, What’s Next For Bush & Rubio In South Carolina? 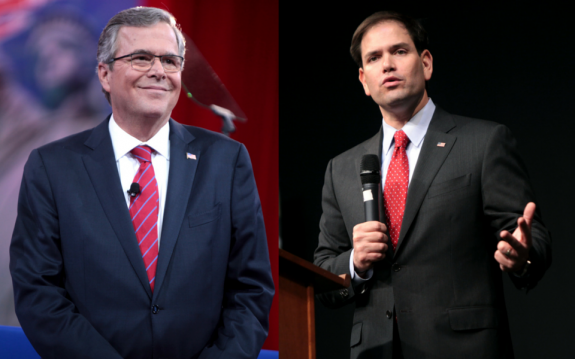 As part of our election coverage, SwingVote 16, we’re taking a closer look of the New Hampshire primary results for Florida’s own Jeb Bush and Marco Rubio.

Now the primary fight switches to South Carolina. So, what does Rubio need to do to stay in the GOP nomination fight? And how can Bush leverage the swell of support in New Hampshire?

To talk more about the race for the nomination, political analyst and former Democratic state lawmaker Dick Batchelor and Republican commentator and attorney Chris Carmody spoke with 90.7’s Nicole Creston the morning after New Hampshire.

[Editor’s note: changes made to list candidates in the order in which they finished]