After Nearly A Decade, Humans Will Finally Launch From U.S. Once Again Later This Month 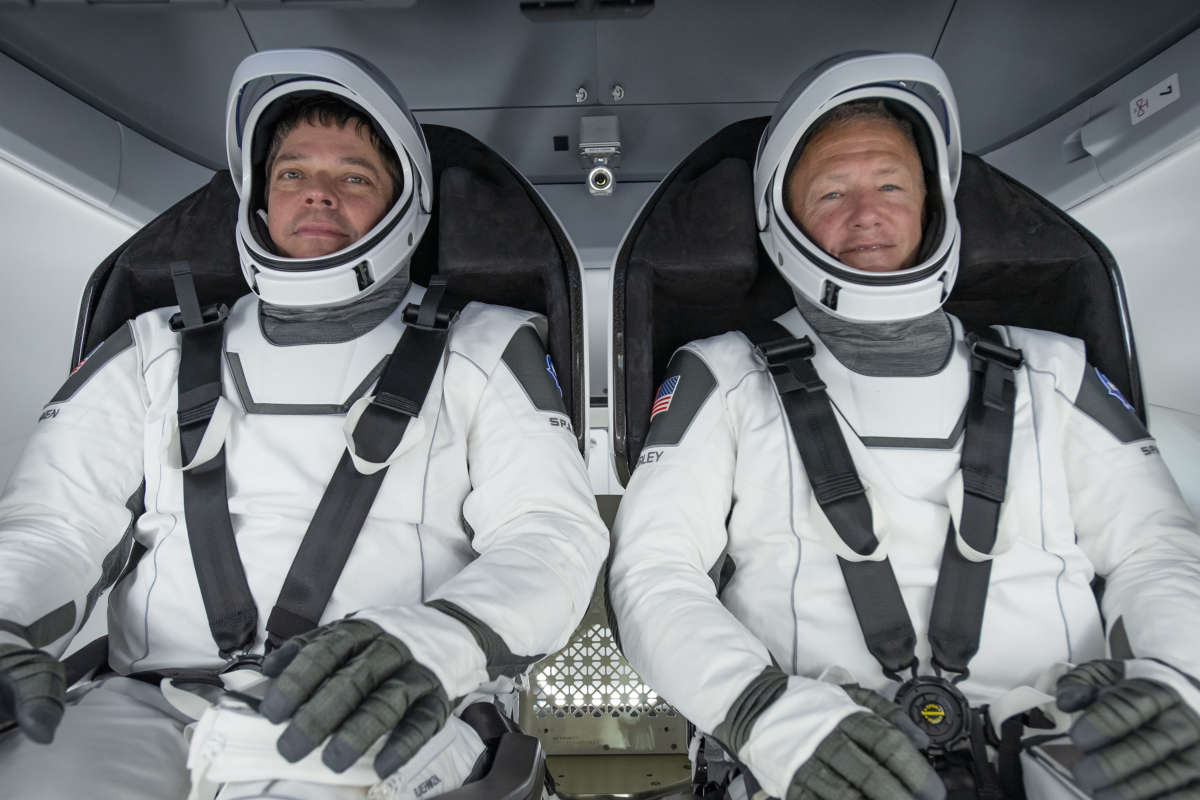 NASA's Bob Behnken and Doug Hurley train in SpaceX's Crew Dragon capsule ahead of their flight to the station. Photo: SpaceX

Two NASA astronauts are ready to launch to the International Space Station later this month from Kennedy Space Center. It will be the first human launch from the U.S. since 2011.

NASA’s Bob Behnken and Doug Hurley are making final preparations to launch to the space station on a SpaceX Dragon capsule May 27, marking the first trip on a commercial spacecraft. SpaceX’s Falcon 9 rocket will launch the duo from Kennedy Space Center.

Since the end of the space shuttle program in 2011, NASA has relied on Russia for rides to the station.

“To get the chance to bring it back to the Florida coast and to have it not be our first mission, I think we have a different perspective of the importance of coming to Florida launching again on an American rocket from the Florida coast,” said Behnken.

Both Behnken and Hurley are space shuttle veterans. After piloting the final space shuttle mission in 2011, Hurley worked on the $6 billion Commercial Crew program. Later this month, he will fly on the spacecraft he helped design.

“It’s been a long, eight and a half or nine years in a lot of ways for the folks that have worked on this program,” said Hurley. “The fact that we didn’t have capability to go to space station from the United States, Bob and I are very humbled to be in this position in order to do that soon.”

The test mission named DM-2 was first planned as a week-long stay at the station. Now the mission has been extended for Behnken and Hurley to work with the station’s sole NASA occupant Chris Cassidy to help replace aging batteries on the orbiting lab. It’s unclear how long they’re remain in space.

SpaceX and NASA will conduct a final Flight Readiness Review May 20th, a week before the launch.

The space agency is working with two private companies, SpaceX and Boeing, to ferry astronauts to the station. An uncrewed test flight of Boeing’s Starliner capsule failed to reach the station during a test mission back in December. The company said it will retry the uncrewed mission before certifying it for humans.