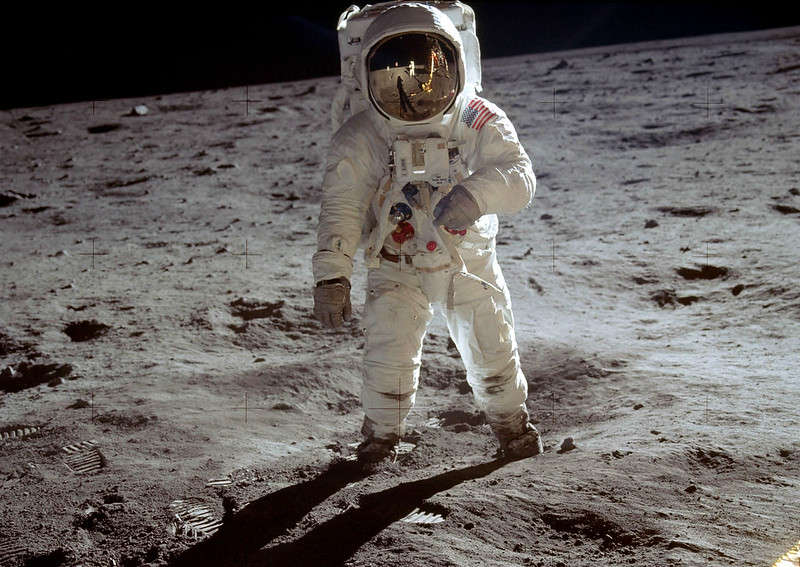 Apollo 11's Buzz Aldrin on the surface of the moon, protected by his spacesuit. Photo: NASA

If NASA wants to achieve its goal of returning to the moon in this decade, it first needs a new spacesuit that can protect its astronauts on the lunar surface. While spacesuit technology has existed for more than half a century, the manufacturers of astronaut attire have a huge job ahead of them to design, test and build the spacesuits that will propel space exploration in the years to come.

NASA has contracted two commercial companies to design and build the next generation of spacesuits that will be used on the Artemis missions, the agency’s next moon missions. These spacesuits will be much different than the current ones that have been in use for nearly 40 years, according to space policy analyst Laura Forczyk.

“This has almost been a long time coming because NASA has been struggling with their spacesuit designs for about 15 years,” Forczyk said. “They have decided, finally, to get the help of the commercial industry.”

Forczyk said that this contract was eagerly anticipated. Not only will NASA need them for lunar missions, but these new spacesuits are also necessary for the continuing operation of the International Space Station like the extravehicular activity, or spacewalks, that the astronauts conduct regularly.

“Even if NASA was not planning to walk on the moon, we still need new spacesuits for the future of human spaceflight,” Forczyk said. “Spacesuits are complex. They need to have a steady pressure, and they need to provide oxygen and take out carbon dioxide. They need to not leak water which has been a major problem recently with the spacesuits that currently exist.”

LISTEN: Hear more about NASA’s plans for spacesuits, along with a conversation on the history of spacesuit design, on the latest Are We There Yet? episode.

NASA made the announcement last week that Axiom Space and Collins Aerospace will receive contracts to design the new suits and have them tested rigorously via task order. The prototypes must perform well in testing environments on earth that simulate both the circumstances faced on ISS and on the surface of the moon. The companies will receive up to $3.5 billion combined for development costs.

Since NASA has promised that the first woman will go to the moon as a part of the Artemis missions, Dan Burbank, Collins Aerospace senior technical fellow and former NASA astronaut, said that the suits the company is developing must fit a more diverse variety of astronauts.

“That commander of Artemis III, she may weigh 120 pounds on Earth, and so she has [to have] a suit that’s appropriately sized and tailored for her that doesn’t feel like a spacecraft but feels like a ruggedized set of extreme sport outerwear,” Burbank said.

“We’ll often call the spacesuit the world’s smallest spacecraft,” he said. “We want to be able to create an immersive environment that for the crew member gives them the most amount of mobility.”

Spacesuit technology has been around for decades, with notable first flights of the Soviet Union’s Yuri Gagarin and U.S. astronaut Alan Shepard becoming the first humans to survive in space —thanks to these pressurized suits.

The Smithsonian Institution’s National Air and Space Museum curates that history, from those first spacesuits to the modern-day astronaut attire. Leading that effort is curator Cathleen Lewis.

“I applied to the Smithsonian with my Russian studies degree, and it just so happened at the time that the Smithsonian was looking to expand their representation of space activities to include more international activities,” Lewis said.

The earliest near-space flights conducted by the Soviets were carried out using these high-altitude hot air balloons, such as in Osoaviakhim-1. The mission’s three occupants died after the gondola lost pressure. The discoveries made from these failures led to the invention of pressurized suits that could protect humans in high-altitude flights, the technology of which still lives on.

“The spacesuit that Yuri Gagarin wore, his launch and entry suit for his first flight, is remarkably similar on the inside to the launch and entry suits that Russian cosmonauts and others who fly on board the Soyuz spacecraft to access the International Space Station wear today,” Lewis said.

Lewis said that when there are human lives at stake, the designers tend to stick with what they know when creating suits sustainable for surviving in space. The experiences that humans have had in spacesuits over the past several decades of space travel will help prepare us when the time comes to visit Mars—for which she says planning is of the utmost importance. The most recent robot that explored Mars is carrying fabric samples that may one day be used for Martian human exploration.

“You’ve got to plan in advance and see which materials wear more quickly, what needs to be replaced and how much you have to pack,” Lewis said. “You can’t run down to the hardware store and get replacement parts really quickly when you’re on Mars.”