After Months Of Online Performances, Opera Orlando Returns To The Stage 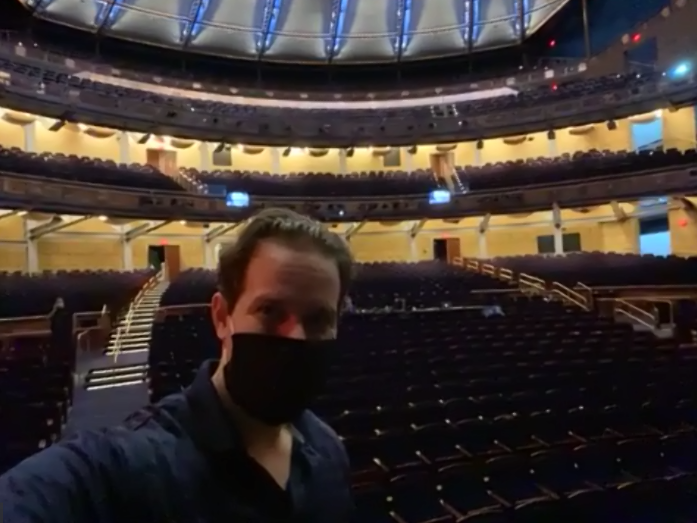 When the coronavirus pandemic struck last spring the performing arts in Central Florida ground to a halt. Now- as people have adapted to life in the pandemic- the arts are coming back- slowly.

Opera Orlando switched to online performances to get the company through the last 9 months. But executive director Gabriel Preisser says nothing beats live performance, and this week the opera is back with a production of Johann Strauss II’s Die Fledermaus: The Revenge of the Bat– on stage at the Dr Phillips Center for the Performing Arts.

Preisser says the audience will be spread out in the 2,700 seat theater.

“With the CDC guidelines in place, we want everyone to be at least six feet apart. So it’s a 33% capacity,” says Preisser.

“So you have an entire empty row in front of you and entire empty row behind you three empty seats on either side of you to keep the audience safe, in addition to temperature checks when you walk in, masks are required.”

Preisser says the cast and crew have adopted the ‘bubble’ model during rehearsals- masking and social distancing and weekly testing.

Putting on a live opera requires a lot of people- musicians, singers, hair and makeup, costume and stage technicians. Preisser says they had to get creative.

“We’ve actually pre recorded the chorus, both audio and visual, and they will be projected on these big monitors on either side of the stage, so that way it limits how many people we have backstage. The orchestra will be live, they’ll be on stage, but they’re going to be spread out, and they’re going to be behind a fabric, you know, muslin, if you will, a scrim that drops down.”

“There’s nothing that can replace live theater. And so while the online programs have been a stopgap for our arts groups, I think we’re all eager to get back to live performances. And so that’s always been our goal. We feel, you know, humble, that we can put this production on and we’re hopeful that we can continue to do so with the vaccines now coming out, you know, there is this light at the end of the tunnel.”