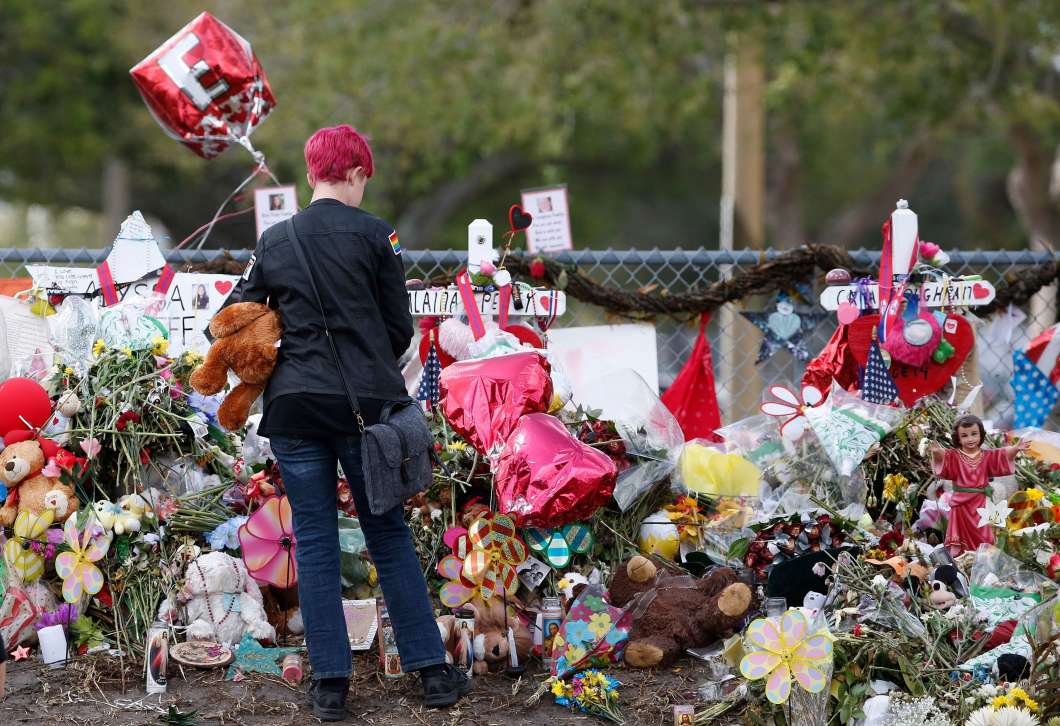 A Marjory Stoneman Douglas High School student stops to look at one of the memorials following their return to school in Parkland, Fla., on Feb. 28. Wednesday, the Senate Judiciary Committee is holding a hearing on school safety.
Image credit: Rhona Wise

As students stage a national walkout Wednesday morning over gun violence, senior federal officials will be sitting down for an expected grilling from Congress over law enforcement’s failure to act on tips about the gunman behind last month’s school shooting in Parkland, Fla.

The massacre at Marjory Stoneman Douglas High School touched off yet another round of soul-searching and national debate over guns in the U.S. that has drawn in activists, lawmakers and the White House. One major change this time, however, is that Florida teenagers who survived the violence are spearheading the conversation.

The Senate Judiciary Committee officially joins the discussion Wednesday with a three-panel hearing that will likely focus, at least in part, on missteps by both local and federal law enforcement ahead of the shooting. In addition to federal officials, Florida Sens. Republican Marco Rubio and Democrat Bill Nelson will take questions. Ryan Petty, whose daughter Alaina died in the shooting, and a teacher at the high school, Katherine Posada, will also participate.

“The great tragedy of the Parkland shooting is that it was preventable,” Chairman Charles Grassley, R-Iowa, said. “The FBI and local law enforcement failed to act on credible tips that should have neutralized the killer and gotten him help.”

The FBI has acknowledged that it received a tip in January at its West Virginia Call Center about the alleged Parkland shooter, Nikolas Cruz. The bureau said the caller provided information about Cruz’s “gun ownership, desire to kill people, erratic behavior, and disturbing social media posts, as well as the potential of him conducting a school shooting.”

Questions over the bureau’s actions will fall to acting FBI Deputy Director David Bowdich, who will be testifying alongside the acting director of the Bureau of Alcohol, Tobacco, Firearms and Explosives, Thomas Brandon, and the head of the National Threat Assessment Center, Lina Alathari.

In February, Bowdich told reporters that protocols were not followed in the Cruz case. The tip was not forwarded to the Miami Field Office for follow-up as it should have been.

“Let me be clear: There was a mistake made,” Bowdich said. “We know that. But it is our job to make sure that we do everything in our power to ensure that does not happen again.”

Bowdich said the FBI is conducting a full-scale review of the tip-line, which he said received some 765,000 calls last year. He estimated that 1 in 10 of those calls turns into a lead.

Local law enforcement also reportedly missed red flags. The Broward Sheriff’s Office also received a tip about Cruz potentially being a “school shooter in the making,” according to the Miami Herald. The newspaper says deputies didn’t report the warning.