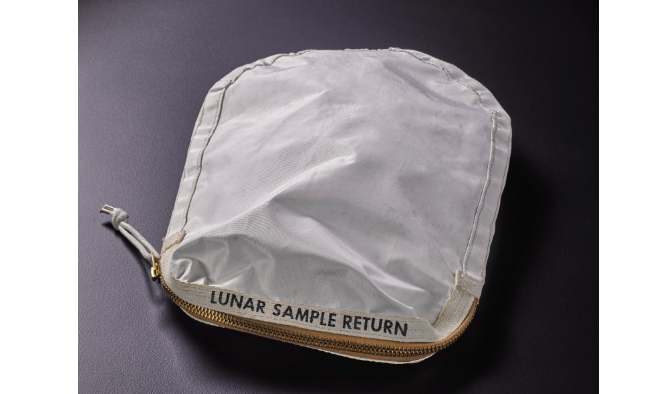 A piece of history from the first manned mission to the moon is up for auction at Sotheby’s in New York Thursday after a legal tug of war between NASA and a private collector.

Neil Armstrong’s lunar sample return bag is slated to fetch more than $2 million. According to Sotheby’s, it’s the only item of its kind available for public purchase.

A collector found the bag on an auction website in 2015, and paid less than $1,000 for it. She sent it to NASA to authenticate it. Then, the agency refused to send it back, saying it never should have been sold in the first place.

The collector sued NASA and received the item back. Now, it’s up for auction.

The auction house plans to offer more than 100 more space related items for bidding, including a photograph of Buzz Aldrin, snapped by Armstrong on the lunar surface. The two landed at Tranquility Base 48 years ago during the Apollo 11 mission.