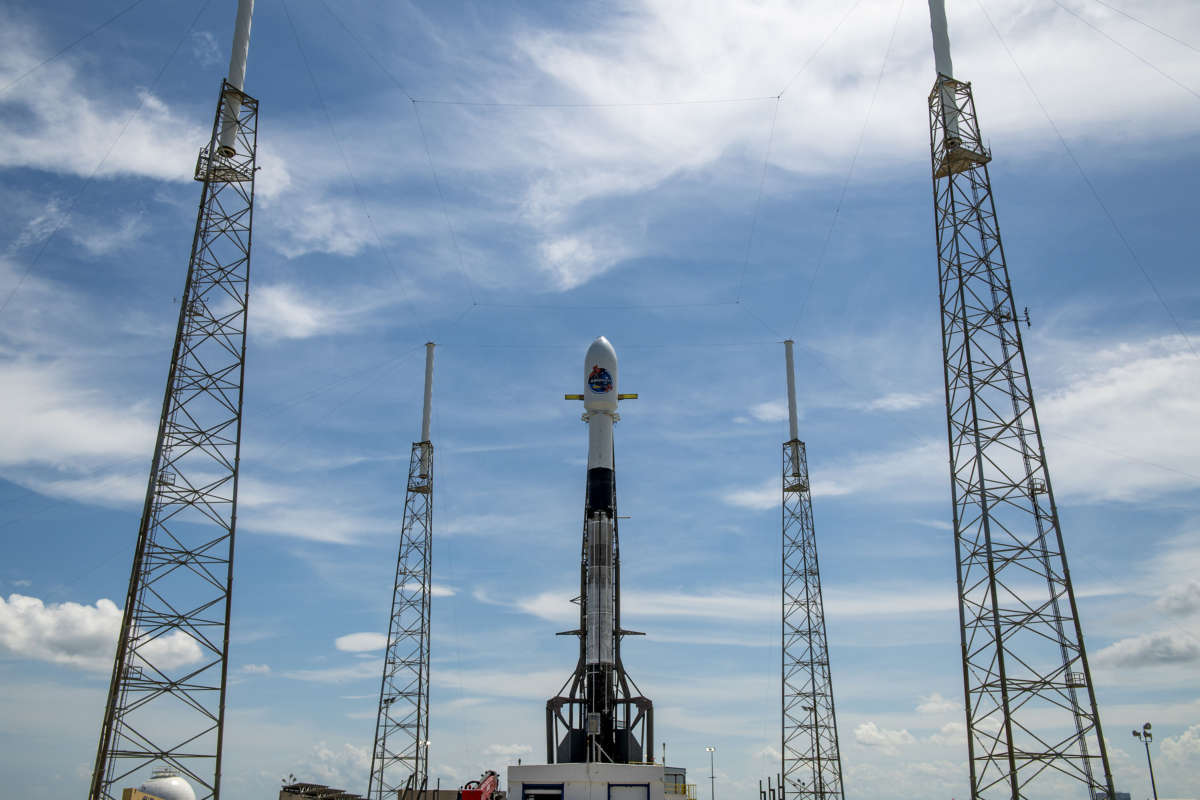 A SpaceX Falcon 9 launch from Cape canveral sent the SAOCOM 1B satellite on a polar orbit, the first southward launch from Florida since 1969. Photo: SpaceX

The Starlink launch will send dozens more of SpaceX’s internet satellites into space with plans to blanket the globe with broadband internet access.

The Falcon 9 rocket launch attempt follows a successful mission Sunday. SpaceX launched an Argentinian satellite into a polar orbit — the first southward launch from Florida since 1969.

The company successfully landed the first stage booster back at Cape Canaveral, creating a sonic boom heard throughout much of Central Florida.

It’s been a busy week for launches on the Space Coast. An attempt by United Launch Alliance to launch a classified spy satellite was scrubbed Saturday. The company said it will try once more in about a week.