After Disease Nearly Wiped Out Florida’s Elkhorn Coral, Scientists May Have Found A Way To Save Them 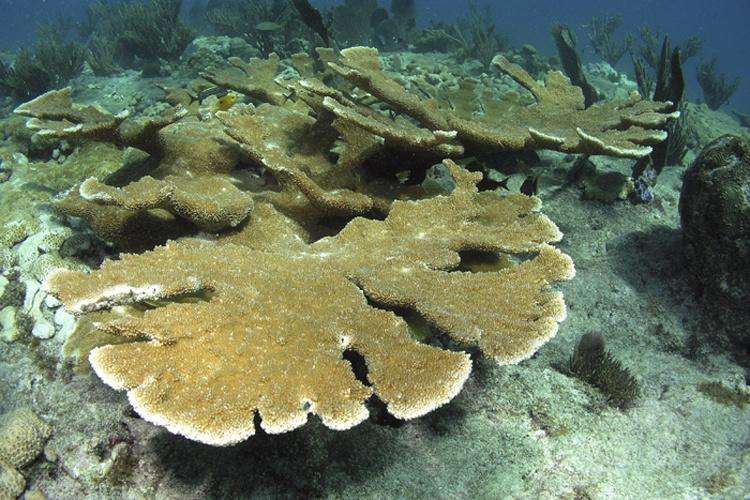 Elkhorn coral were once one of the chief building blocks for Florida’s coral reef. The coral grow in the shape of wide, flat elk antlers at the highest part of the reef. That’s partly why reefs were so good at blocking powerful storm waves.

But in the 1980s, a new disease, called white band disease, appeared and killed almost all the elkhorn. Just 3 percent remain today.

“They think it started somewhere near Panama and followed the prevailing currents throughout the western Atlantic and killed the species almost down to local extinction in some places.”

Ilsa Kuffner is a research biologist with the U.S. Geological Survey. She says coral scientists have struggled to revive the elkhorn by growing them in nurseries – like other coral.

Now a three-year effort led by Kuffner has succeeded.

“I mean, it was so surprising to us how well they did. It really kind of blew us away.”

We’ll tell you more about how the team succeeded – and how the pandemic may have inadvertently helped the effort – next week.