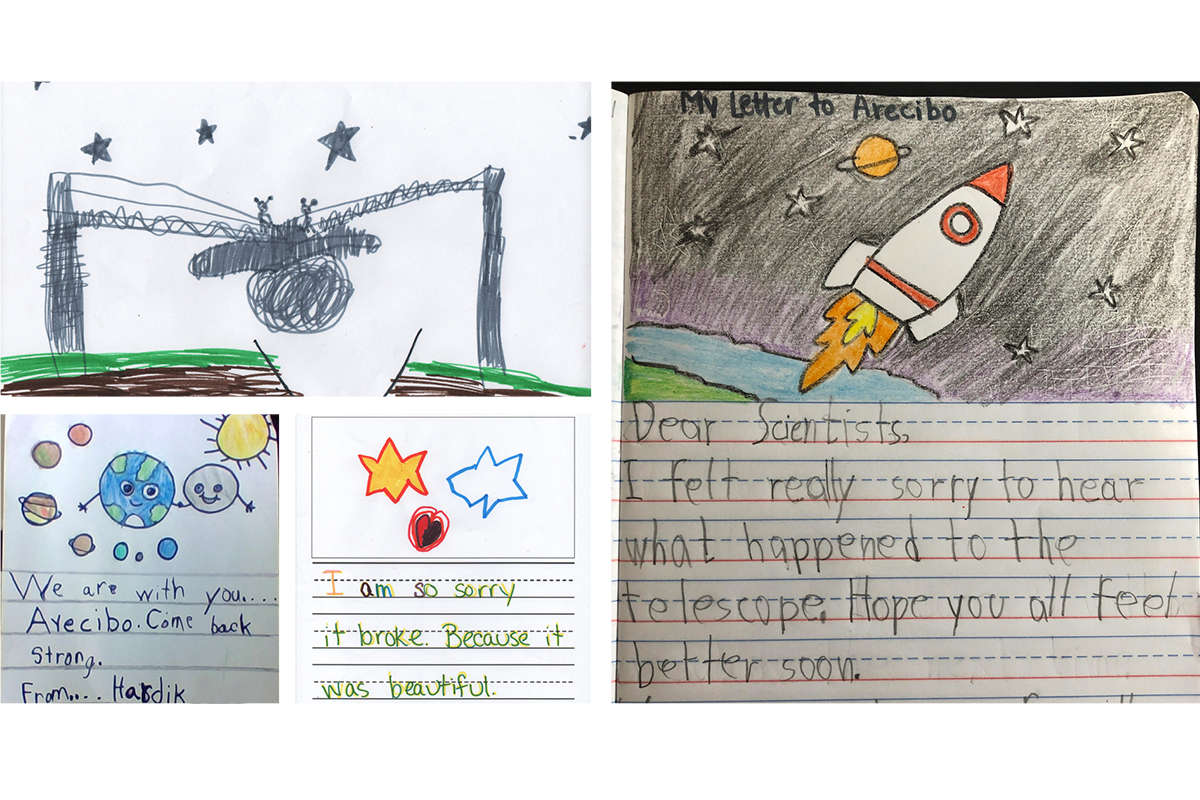 “Pull yourself up with happyiness (sic). We are with you Arecibo, Come back strong. I’m so sorry it broke. Because it was beautiful.”

The instrument platform of the 305-meter dish collapsed, destroying the observatory in December 2020. Engineers were working to support the dish and its hardware after a critical cable snapped in August 2020. An investigation into the accident is ongoing.

The letter-writing campaign began with Rachel Hallett-Njuguna, a STEM resource teacher at Goldsboro Elementary Magnet School in Sanford. “Overwhelmingly, the students were extremely sympathetic to the situation and were eager to write or draw something that would cheer up the scientists,” she said. “A few of our students are from Puerto Rico and knew about Arecibo, and some even had heard about the collapse.”

Arecibo Observatory is funded by the National Science Foundation and managed by the University of Central Florida with Universidad Ana G. Méndez. In operation since 1963, the observatory helped scientists uncover mysteries of the universe like gravitational wave and tracked near-Earth asteroids.

Many took to social media after the collapse to remember the observatory — which supported countless scientific researchers and served as a public outreach tool for young Puerto Rican students.

“After the collapse, the support from the scientific community and the general public was incredible,” said Allison Smith, a preeminent postdoctoral scholar at the Arecibo Observatory and UCF. “But receiving the letters from the children made me realize the impact of the observatory was even more far-reaching than I thought. They are paying attention and very interested in what we do in science and outer space.”

While Arecibo’s main dish is down, other aspects of the observatory continue to collect scientific data. It’s unclear if the NSF will rebuild the dish and Congress has asked for a report into the accident. According to the report, “the investigation of the collapse and exploration of future opportunities for Arecibo is ongoing.”