After A Life Of Painful Sickle Cell Disease, A Patient Hopes Gene-Editing Can Help 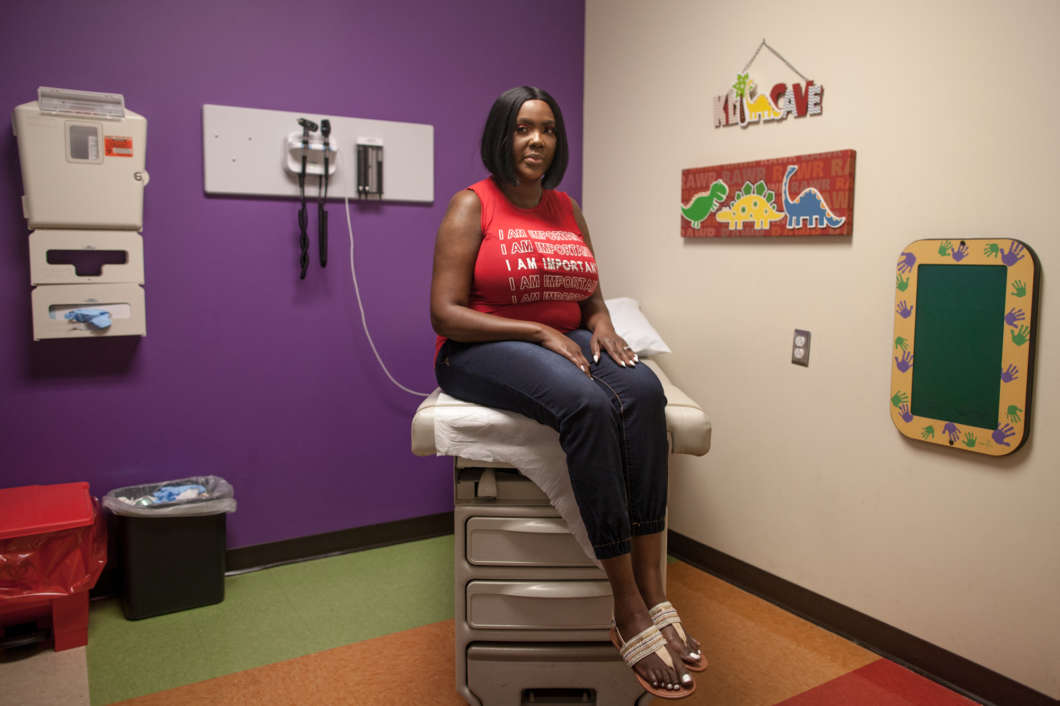 Although Gray will finally go home to Forest, Miss., she will return to Nashville once a month for four months to undergo blood tests and a bone marrow biopsy. But, she says, the hardest part is over.

“My goodness,” says Gray. “Did I really bring all this?”

Gray, who has sickle cell disease, is the first patient with a genetic disorder who doctors in the United States have tried to treat using the powerful gene-editing technique CRISPR.

Today, Gray is getting ready to finally go home to Forest, Miss., after months away from her four children so she could undergo the experimental treatment, which involves infusions of genetically-modified bone marrow cells.

“I’m very excited,” says Gray, who has been living in a temporary apartment in Nashville, Tenn., for several weeks since getting discharged from the nearby TriStar Centennial Medical Center. “I know it’s going to be emotional for me. I miss the hugs and the kisses and just everything.”

“Victoria is a pioneer in this. And we are very excited,” says her doctor, Haydar Frangoul.

“I feel hopeful for the future,” Gray says.

Sickle cell disease is a devastating genetic disease that afflicts millions of people around the world, including about 100,000 in the United States.

The disease is caused by a genetic defect that turns red blood cells into hard, sticky, sickle-shaped cells that don’t carry oxygen well, clog the bloodstream, damage organs and cause tortuous bouts of pain.

“The pain is excruciating. It’s like being in a car accident and having lightening in your chest. It’s a pain that makes a grown woman like me scream,” Gray says. “It’s an overwhelming pain.”

“It’s horrible — knowing that I could have a stroke or a heart attack or at any time because I have these cells in me that are misshapen,” Gray says. “Who wouldn’t worry?”

But Gray has hope now because in July doctors infused billions of her own bone marrow cells back into her body, after editing them with CRISPR.

Scientists used CRISPR to modify a gene in the cells to make them produce fetal hemoglobin, a protein babies usually stop making shortly after birth. The hope is the protein produced through the gene-editing treatment will give sickle cell patients like Gray healthy red blood cells.

CRISPR enables scientists to make very precise changes in DNA, raising hopes it will lead to new ways to prevent and treat many diseases.

The sickle cell study is part of a wave of studies that are moving CRISPR out of the lab and into the clinic.

The two companies sponsoring the sickle cell study announced earlier this year that they had used CRISPR to treat the first patient with a similar blood disorder, beta thalassemia, in Germany.

In July, one of the companies revealed the first hint that the approach might be working, at least in beta thalassemia: The patient’s edited cells started functioning in the bone marrow, the company reported.

Doctors are also trying to use CRISPR to treat cancer. Most of those studies are underway in China. But three cancer patients have been treated for cancer in a CRISPR study at the University of Pennsylvania in Philadelphia, and another study recently started recruiting cancer patients in the United States and Australia.

Later this year, doctors in Boston are planning to use CRISPR to edit cells in patients’ retinas, in hopes of restoring vision in patients with an inherited form of blindness.

“They gotta be super to do great things in my body and to help me be better and help me have more time with my kids and my family,” Gray says.

She adds with a laugh: “I’m just genetically modified now. I’m a GMO. Isn’t that what they call it?”

“This is a big moment for Victoria and for this pivotal trial. Because if we can show that this therapy is safe and effective it can potentially change the lives of many patients,” Frangoul says.

The study is being conducted jointly by Vertex Pharmaceuticals, Inc., in Boston and CRISPR Therapeutics Inc., in Cambridge, Mass.

Frangoul’s site is one of eight recruiting patients in the United States, Canada and Europe. Up to 45 patients ages 18 to 35 will eventually be enrolled.

“We are very hopeful that this will work for Victoria, but we don’t know that yet,” Frangoul says.

So today nurses take 15 vials of blood from Gray as part of the testing to determine whether her edited cells are producing enough fetal hemoglobin to help her. She will return to the hospital once a month for four months for similar blood tests as well as a bone marrow biopsy.

Gray will also keep a detailed diary to track her health, including how much pain she is experiencing, how much pain medication she needs, whether she needs blood transfusions or experiences any complications from sickle cell disease. The hope is the treatment will reduce the severity of the symptoms of her disease.

In addition, Frangoul will monitor Gray for years to see any signs of any side effects from the treatment itself.

“My hope and dream for Victoria is to allow her to spend quality time with her family — go to the park with them, play with them — without having to struggle with pain and weakness,” Frangoul says.

“I would love Victoria to be able to live a healthy, normal life. And she can see her — not only her children’s graduation from high school but from colleges and getting married and having grandkids,” he says.

Victoria hopes so too.

“Not just for me but for other people. This would be mind-blowing,” Gray says. “I can’t imagine the lives that could be saved if this thing actually works. Yeah, oh my God. Just to not have to deal with that pain anymore is, enough.”

She knows it’s unclear when she will know whether it’s working.

“I try not to focus on dates and when I’m going to find this out because I don’t want to stress,” Gray says. “So I think about just looking forward to the future and just see what comes of it. I’ve done it. So the hardest part is over. So now it’s just waiting.”