After 60 Years, Sergio Mendes Is Still Writing Songs ‘In The Key Of Joy’ 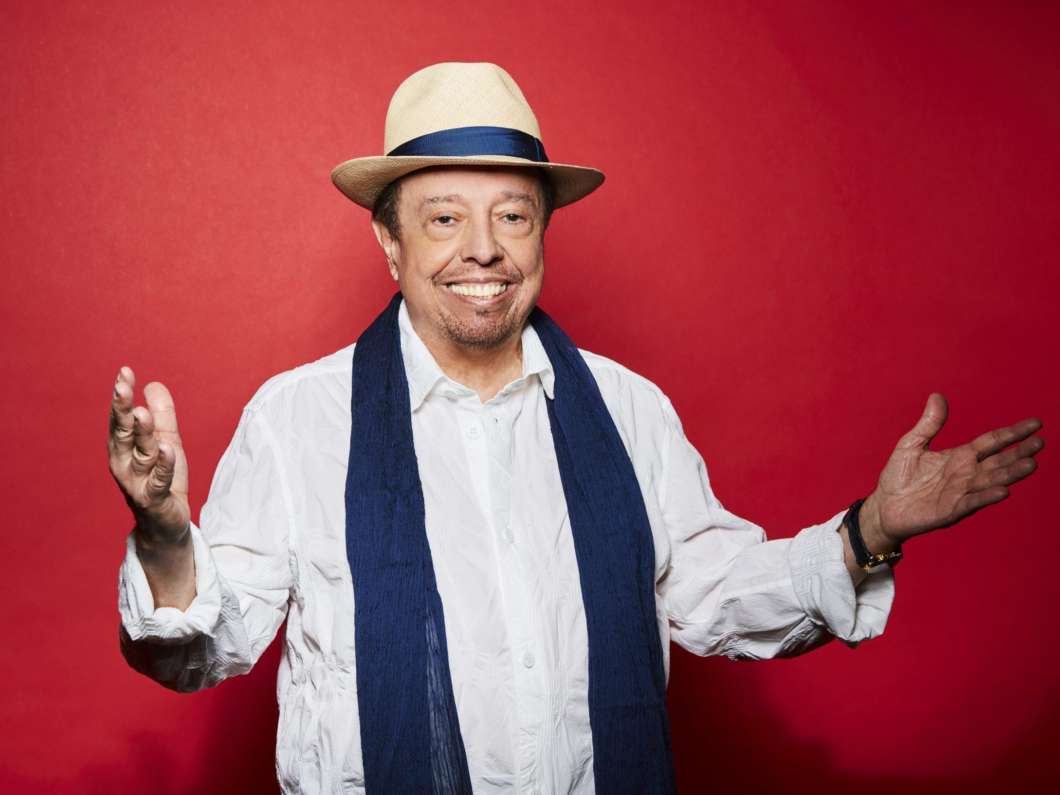 In an over 60-year career Sergio Mendes has helped pioneer bossa nova and worked with everyone from Frank Sinatra to will.i.am. His newest album is In The Key Of Joy.
Image credit: Katsunari Kawai

As a composer, producer, keyboardist and vocalist, Sergio Mendes helped pioneer the bossa nova movement and popularize Brazilian music globally with his band, Brasil 66. In his over 60-year career, Mendes has been one of the most explorative collaborators in world music, working with everyone from the Black Eyed Peas to jazz great Cannonball Adderley. His new album, In The Key Of Joy, is out now.

The record features the international range of collaborators that has become typical of his work: Everyone from American rappers like Common and Buddy to Colombian pop stars like Cali y El Dandee join Mendes on the record, alongside mainstays like Gracinha Leporace, Mendes’ longtime partner in both music and marriage.

NPR’s Leila Fadel spoke to Sergio Mendes about continuing to write joyful music after all these years, getting Joe Pizzulo and his daughter, Sophia, on the same album together and taking his time to enjoy each new release. (“I’m not a workaholic. I’m from Brazil,” he jokes.) Listen in the player above and read on for highlights from the interview.

On the melding Brazilian sounds with rap on “Sabor Do Rio,” featuring Common

It always starts with the melody. I wrote the melody with a friend of mine from Brazil, and recorded all the percussion — all the track was recorded in Brazil. When the song was ready, we had the lyrics and everything, I said “It would be great to have a great rapper, like Common.” And it so happened. We called him and he was very happy to be part of it, collaborating on this track. I think it added the diversity that I love about Brazilian music: the rhythms, the melody, the joy. Common is from Chicago. … He brings the joy from Chicago to the world, the same way we bring the joy from Brazil, so it was wonderful.

On staying relevant over the course of a long career

I’ve been, always, very curious, since I was a kid, working with different guys in Brazil. Then when I came to the United States for the first time in 1962: at the Bossa Nova Festival at Carnegie Hall, Cannonball Adderley invited me to work on his album. And after that so many other incredible encounters in my life: Frank Sinatra, will.i.am. I’ve been very fortunate to have had such experiences because that has enriched my life. Working with different people from different countries, from different cultures, I think it just helps you grow and learn new things. … I love that because you don’t program that; it’s about the magical encounter. I think it’s a beautiful thing in life, meeting Gracinha and so many other people that I had the chance to work with.

Looking back at his breakthrough hit with Brasil 66, “Mas Que Nada”

That was the first time a song in Portuguese became a hit all over the world — not only here, but in Asia, Europe, everywhere. Then it was a hit again 40 years later with the Black Eyed Peas. So it’s something very magical about that chant; people love that song everywhere in the world. And after the recording with the Black Eyed Peas in 2006, there’s a whole generation that never heard this “Mas Que Nada” played, the sons and daughters of the people that loved the first one. So again, this is a wonderful feeling.