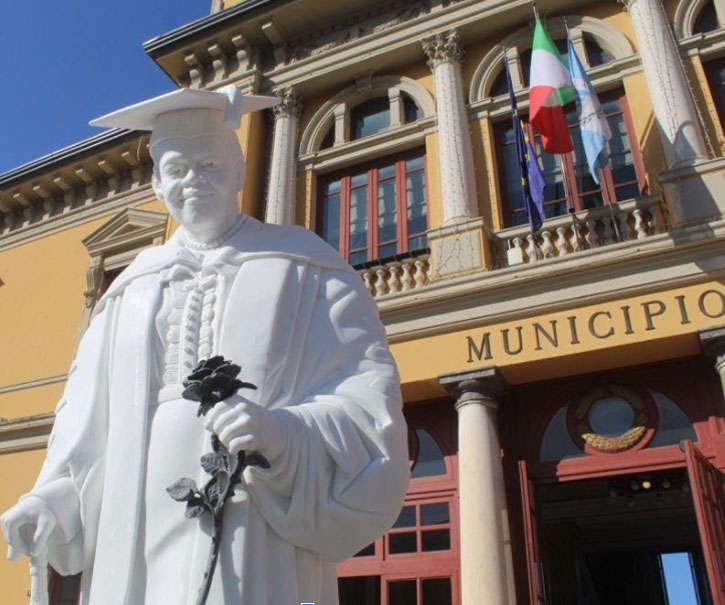 On Wednesday, the first and only statue of an African American was unveiled in Statuary Hall in the U.S. Capitol.

The statue of Mary McLeod Bethune, an educator, activist and founder of Bethune-Cookman University replaces one of a Confederate General.

Sonya Poteat, a graduate of BCU, and teacher in Daytona Beach says she’s overwhelmed by the moment.

“It just brought it back to life and it just really made me very proud to be here and to be a part of her legacy. I’m a student of Bethune Cookman, so I just really, it just did all that for me.”

Poteat comes from a long line of teachers and civil rights activists, all inspired by Bethune’s work in the community.

“We are definitely a great people and this is such a great honor to be in the Capitol building in the greatest country in the world.”

The 11-foot tall statue of Bethune is made of marble and depicts her in her matriculation robes holding one of her favorite black roses.

Along with making history as the first Black person to be represented in the hall, her statue is also one of only a few women on the hill.

At her feet an inscription of one of her favorite sayings, reads: “Invest in the human soul. Who knows? It might be a diamond in the rough.”

Listen to WMFE’s Talia Blake interview artist Nilda Comas who designed the statue made from marble that has a connection to none other than Michelangelo: