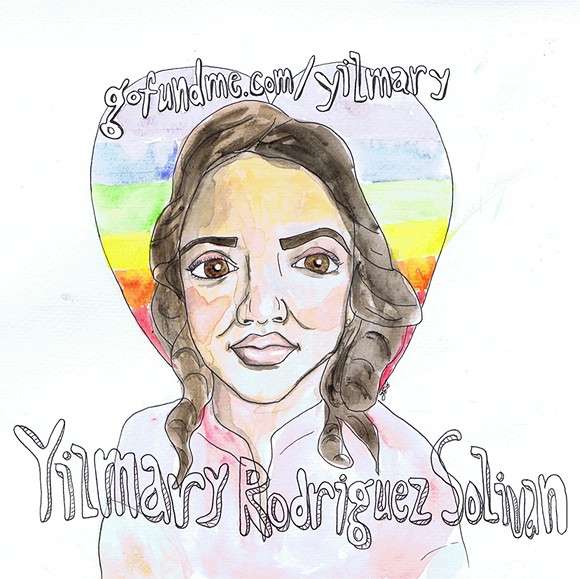 In the wake of the Pulse nightclub shootings, financial donations poured into our community. The OneOrlando Fund has so far raised 17 million dollars, and Mayor Buddy Dyer announced this month that payments will be distributed by October first.

But many of the Pulse survivors have been unable to return to work. They need money now for cell phone bills, utility bills, car payments and rent. Many can’t even afford medications. They can’t wait until October.

So a few smaller local groups have stepped up to try to fill in the gaps. One of them, a coalition of artists called Adopt Orlando, is using their artistic response to the tragedy to help.

Hannah Miller, Adopt Orlando organizer, says that their portraits of the Pulse survivors are not just a token but a “powerful tool.” Adopt Orlando aims to signal-boost each victim’s story. Miller wants to be of immediate service to the survivors who are suddenly navigating a maze of medical, financial and social complications.

So each portrait on the site links to an individual GoFundMe page, where anyone can make a direct donation. Miller says, “If we can monetize what we create … and turn it into something they can use to better their condition, that’s a very meaningful gift.”

See their work at AdoptOrlando.wordpress.com