Adnan Syed, subject of ‘Serial’ podcast, is released after his conviction is vacated 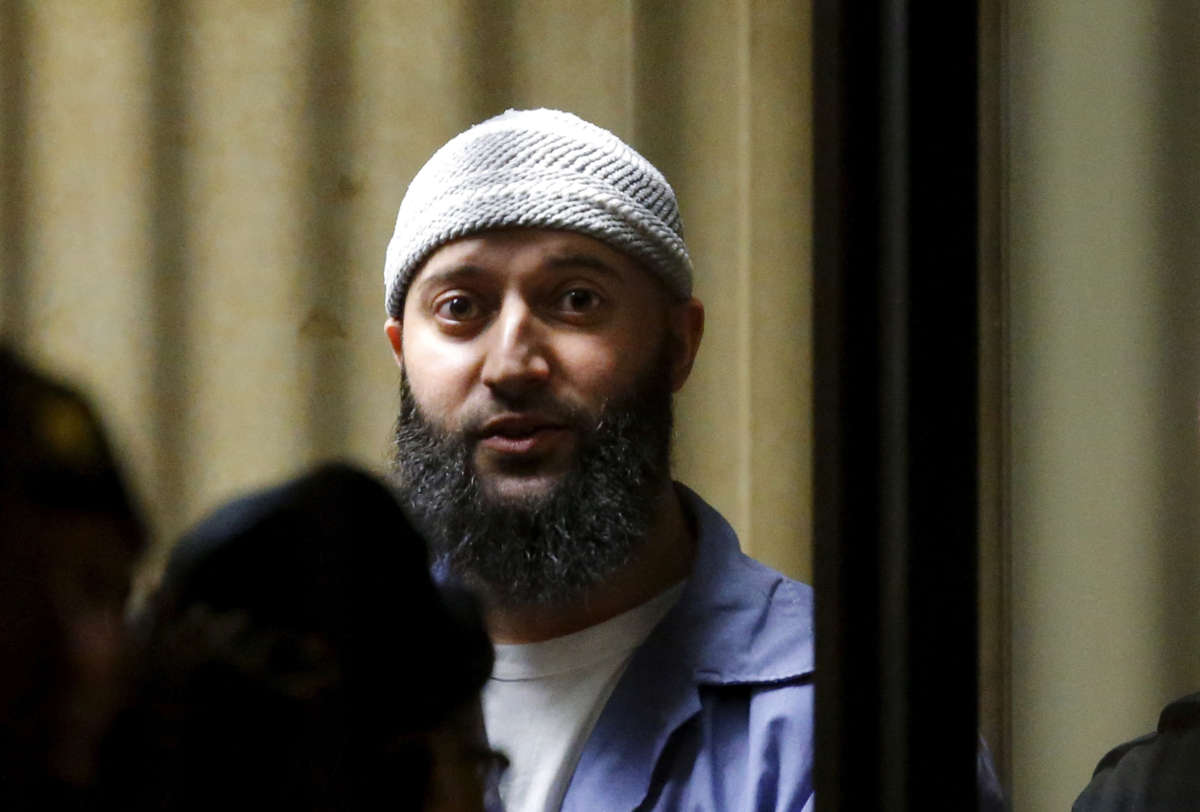 Adnan Syed leaves the Baltimore City Circuit Courthouse in Baltimore, Maryland, on Feb. 5, 2016. The Maryland man, whose 2000 murder conviction was thrown into question by the popular "Serial" podcast, was in court to argue he deserved a new trial because his lawyers had done a poor job with his case.
Image credit: Carlos Barria

A Baltimore judge vacated the conviction of Adnan Syed, who at 18 years old was sentenced to life in prison in 2000 for the murder of his ex-girlfriend Hae Min Lee.

Lee was found strangled to death in Baltimore’s Leakin Park in 1999.

The office of the State’s Attorney for Baltimore City said in a motion filed last week that there was new information about two potential alternative suspects. This detail makes a new trial necessary, prosecutors said.

Though prosecutors asked the judge to vacate the conviction in their recent motion, they are not saying Syed is innocent of the crime. They are saying they lack confidence in “the integrity of the conviction.”

Syed’s case received nationwide attention in 2014 with the release of the podcast Serial, which has been downloaded millions of times. HBO later released its own documentary, The Case Against Adnan Syed.

Thousands have closely monitored this case after becoming engrossed by the details of the case, with many believing that Syed is innocent.

This is a breaking story and will be updated.