Activists to hold “die-in” at federal building today in Orlando 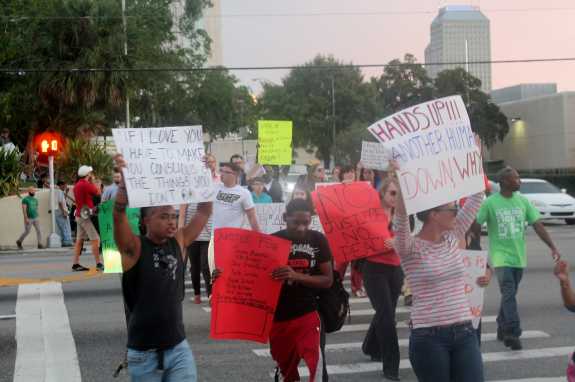 Activists will stage a “die-in” this afternoon in front of the U.S. Department of Justice building in downtown Orlando. It follows several local demonstrations in the past week against the police-involved deaths of African-American men in other cities.

Kai Porter is organizing the protest with Florida-based advocacy group, Organize Now. She says the officer-involved shooting of 28-year-old Cedric Bartee has heightened the urgency of protest.

Porter is hoping to see at least two hundred people at the rally.