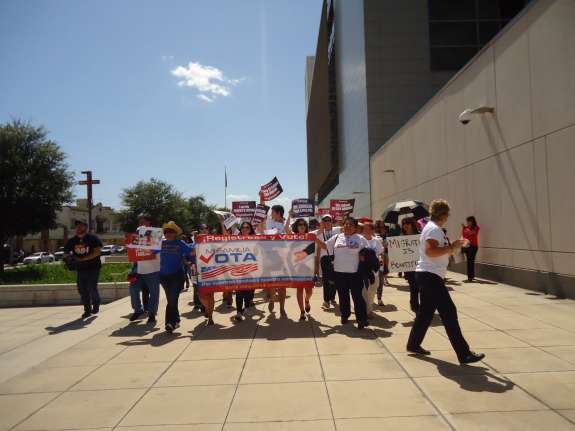 Immigration activists in Orlando joined rallies across the country Friday. A federal court heard oral arguments on the lawsuit blocking President Obama’s executive actions on immigration. Advocates say the programs would keep 250-thousand undocumented immigrants in Florida from being deported.

Esteban Garces is director of the Florida group “Mi Famila Vota.” He and other activists marched from the George C. Young Courthouse to Attorney General Pam Bondi’s office Friday afternoon demanding she remove Florida from the multi-state lawsuit against the federal government.

“Essentially put Pam Bondi on notice that the Latino community is not happy with this, the fact that she signed on to this lawsuit and this injunction and we want Florida out of it,” said Garces.

He said the president’s programs would help keep families together. 26 states sued the White House saying the president’s immigration executive action in November was unconstitutional. It could be months before a decision comes down.