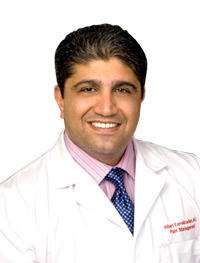 After emotional testimony from three former patients, the Florida Board of Medicine revoked the  license of a Central Florida pain doctor charged with sexually molesting six women.

Dr. Albert Esmailzadeh was accused of committing the abuse while practicing at clinics in Melbourne, Daytona Beach and Altamonte Springs between 2010 and 2013. Since then, he has been restricted to treating male patients under an emergency order from the Florida Department of Health.

Dr. Esmailzadeh’s attorney, Gregory Eisenmenger, asked the board to allow his client to continue practicing under the men-only constraint.  But the board unanimously rejected that request.

“The facts of this case are serious and egregious,” said Dr. Nabil el-Sanadi, a board member. Records show that the pain doctor sometimes molested his patients while they were immobilized, as he was injecting drugs into their spine.

Esmailzadeh, 49, had denied the charges both in previous hearings and in comments on Thursday to Health News Florida. He said nothing during Friday’s hearing and declined to comment afterward. His attorney said they will appeal the decision through the court system.

Before the vote, the three patients all asked the board to bar Esmailzadeh from practice.

“He took away the trust a patient should have in doctors,” said a patient identified only by her initials, M.E.  She said she always takes someone with her now when she has to see a physician.

Another patient, identified as B.K., said she thinks about what Esmailzadeh did to her every day. She no longer likes to touch others or be touched.

“I’m here to be sure he is never allowed to bring this pain to other patients,” she said. “I fear he will do this again and ruin others’ lives.”

In revoking Esmailzadeh’s license, board members followed the recommendation from Administrative Law Judge R. Bruce McKibben, who held hearings on the matter in September.

“By all accounts, (Esmailzadeh) is a skilled and proficient pain management physician,” wrote McKibben,  but that “does not excuse his behavior.”

The doctor, who lives in Viera, had testified that the women were mistaken; what they felt rubbing against them was probably syringes in his lab-coat pocket, he said.

The doctor’s testimony was so implausible, McKibben wrote, that it “was, frankly, insulting to a person of average intelligence.”

Reached  by phone on Thursday, Esmailzadeh said he hoped for vindication but expected the board to vote for revocation. He said the charges had left him unemployed and “devastated.”

Esmailzadeh worked at Melbourne’s Back Authority for Contemporary Knowledge – usually called “The Back Center” – from January 2008 to September 2011, state records say. The medical director there fired him after receiving a number of complaints from women patients, the records say.

One of the patients called police, records show, but the officer believed Esmailzadeh’s denial. That enabled the doctor to get another job.

From March 2012 through April 2013, Esmailzadeh worked at Advantacare Clinics in Daytona Beach and Altamonte Springs. He was fired after the Department of Health issued its order restricting his practice, according to a television news report at the time.

In December 2013, as Health News Florida reported at the time, his attorney and the Department of Health prosecutors agreed to settle the case with a reprimand, $20,000 fine, and continued restriction on his license.

But the medical board refused to accept the settlement. “This is a bad actor, a real bad actor,” then-Board Chair Zach Zachariah said. The vote set the stage for the hearing before McKibben.

Also, the board early Friday voted to allow doctors to charge $1 a page for copies of medical records.